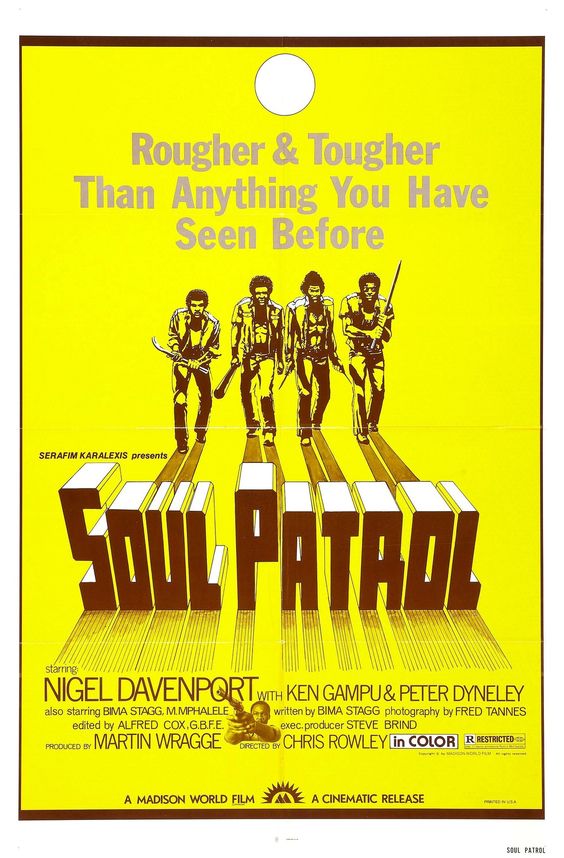 I know exploitation cinema isn’t exclusive to America, many countries around the world have made and continue to make exploitation, but I have to say that I’m rather surprised to see a Blaxploitation film hailing from South Africa. I suppose when you think about it though, considering all of the political and racial strife South Africa has seen, Blaxploitation cinema definitely makes sense. Naturally this isn’t the first time this particular film has seen release here in the states, a company called EastWest (likely a bootleg outfit) is still currently selling the “Soul Patrol” version of Death of a Snowman which runs one minute shorter than Synapse’s. I know BCI also owned the rights to this a few years back though I can’t seem to find any indication that it was indeed actually released.

Anyhow, the film itself was quite entertaining; there were a few sequences that seemed to drag along here and there but actors Davenport (lovin’ his Sean Connery beard!) and Gampu were likable characters with a laid back, believable relationship. Seeing Gampu portray a respectable Blaxploitation hero with a strong moral compass was also a refreshing change-up from the usual pimps, pushers, hustlers, gangsters and vigilantes that typified the sub-genre.

Basically the action was right on point, violence over-the-top and the score was wonderful as it was filled with dark grooves and fast-paced action funk so, for me, everything about Death of a Snowman just felt right. As I said, there were a few lulls but this is exploitation…not Fellini. If there weren’t some dull moments and missed opportunities for nudity, I’m not sure I would have enjoyed this so thoroughly. Yeah right!