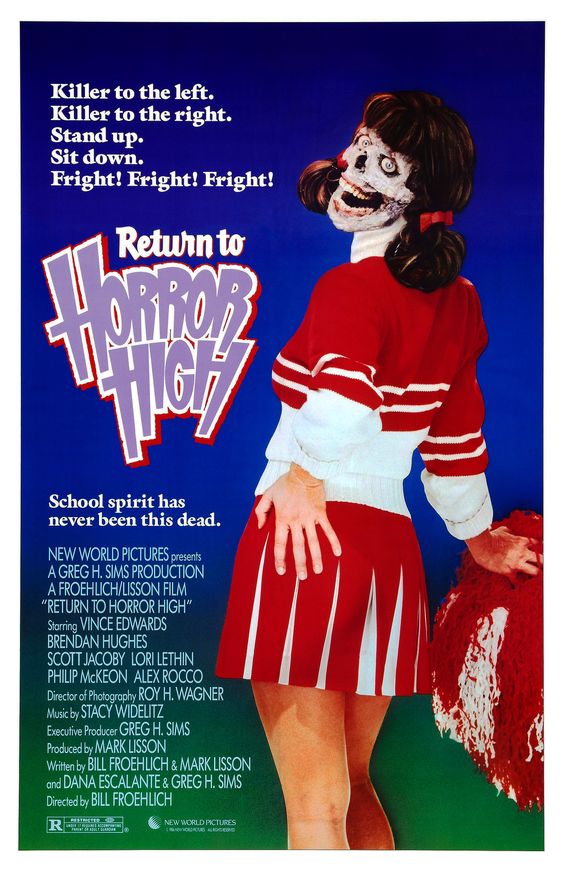 This movie could serve as a wake-up call to all those who thought “Scream” was oh-so-stunningly-original. Witty lines like “Why does everyone always want to go to a dark basement without even a flashlight?”, commenting on the oldest horror cliches, pop up here ten whole years before they became “fashionable”. The film does have a very complex structure and adds one bizarre twist after another in the last 30 minutes, and ends up not making a whole lot of sense; in that respect, it reminded me of the funny 1976 whodunit-spoof “Murder By Death”. And just like in that film, you’ll be better off ignoring the plot and concentrating on the individual moments and scenes. There are some engaging performances (particularly by Lori Lethin and Alex Rocco as the producer – “write them a hopeful, life-affirming scene where they talk about love and children, and make sure it’s set in the showers, so they can be naked!”), and in general the film offers much more creativity than you’d normally expect to find in this genre

0 47
The Fantastic Four: Revenge of the Invisible Film