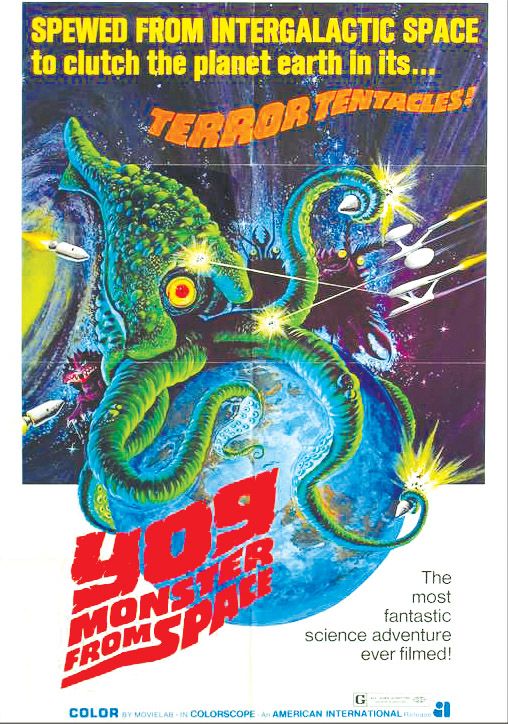 This is another alien-invasion movie from Toho studios. It features space alien (s) that invaded a tropical island, where it mutates a squid, crab, and turtle to the size of Godzilla. The aliens’ main purpose: to conquer Earth. We have a group of explorers visiting an island to investigate the whereabouts of a lost space probe. There, they encounter the alien monsters, and try to stop them, with the help of some very courageous island natives. The hero of the film is portrayed by Akira Kubo. He has been portraying so many heroic roles by the time he filmed this movie that him being type-casted started to get annoying. Aside from that, we have monsters that were surprisingly very campy and rubber-ish looking.

Overall, an OK kaiju film that should have featured more monsters, providing that the aliens mentioned that they were trying to mutate a lot of animals to attack Earth. The film contains a pretty exciting “rescue-the-earth” mission, nonetheless.