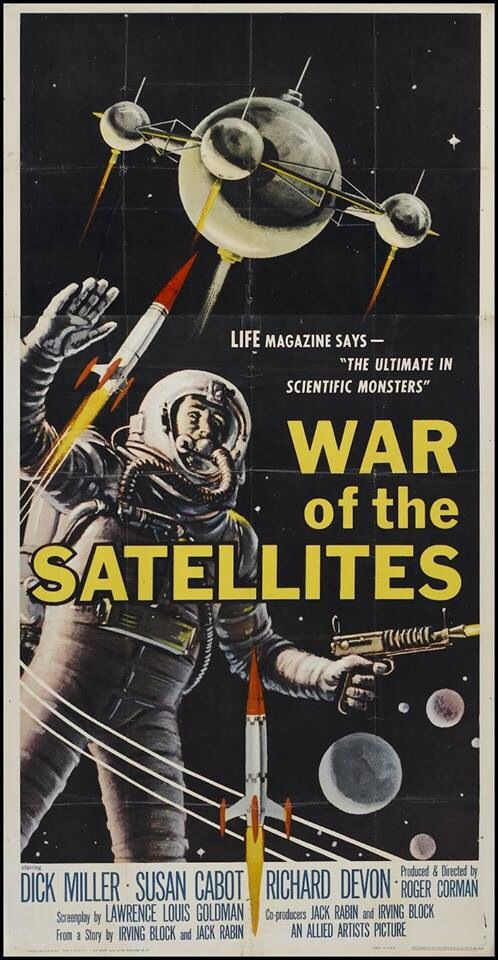 WAR OF THE SATELLITES is too low budget for it’s subject matter but is still great fun. First of all, you have the great Dick Miller as the lead, a cool score by Walter Greene and pretty good low-budget special effects by Irving Block, Jack Rabin and Louis DeWitt. Basic plot is that aliens take over earthlings in order to sabotage our space program, particularly the satellites. Roger Corman’s strength was making something out of nothing and this film is no exception. He pulls off some neat ideas and manages to make us so interested in the film we forget how silly some of it is. I think it only runs a little over an hour so he gets right down to business. The movie is very fast-paced. I wish someone would take all of Corman’s films for Allied Artists such as ATTACK OF THE CRAB MONSTERS and NOT OF THIS EARTH and this one and release them in a big box set with commentary. Are you listening to this Criterion/Voyager? Not likely but I can dream, can’t I? WAR OF THE SATELLITES is hard to find but worth the effort it takes to see it. Recommended for sci-fi fans and Corman/Dick Miller completists.