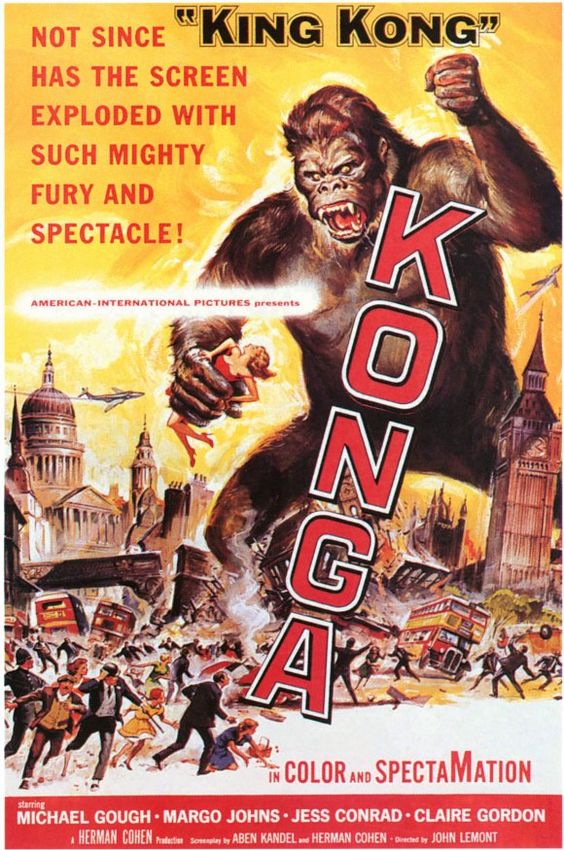 “Konga” is a badly written, acted and directed piece of poverty row exploitation British-style,but you’d have to be utterly cold hearted not to get a lot of fun out of it. The final scenes as the giant ape lays waste to the Merton Park area of West London had audiences in hysterics (I saw it on it’s original release, double-billed with “The Hellfire Club”). Come on now, any movie with early sixties Brit. pop star Jess Conrad cast in a straight dramatic part has to be worth a look.

Composer Gerald Schurmann’s music under the opening credits promise something a lot more substantial, though; it’s a great,dark orchestral score worthy of a much better picture. Schurmann might have been the British Bernard Herrman, but his immense talents rarely earned him a picture worthy of them. Still, that’s British Movies for you.