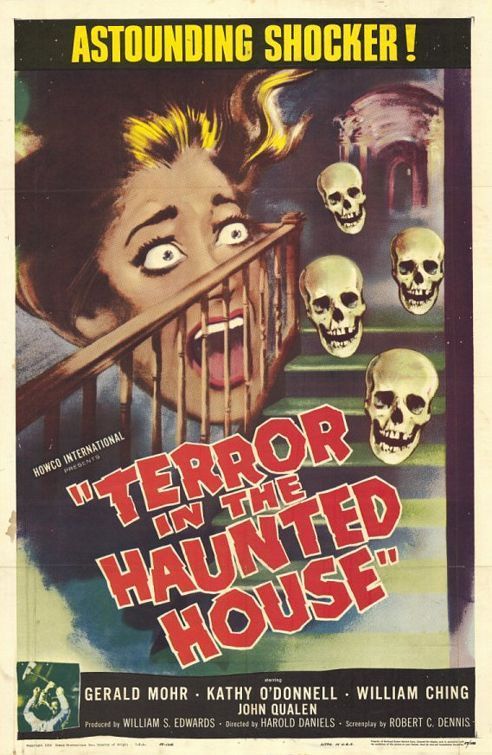 Adding the review because no one seems to have noted that this is a pure Gothic romance story: a relative-less, advocate-less female with what may or may not be mental illness, two men, one of whom is good and the other evil, but we can’t tell which is which, all at an isolated old house, the hereditary curse, the oddball retainer, blah blah blah. Straight to the Gothic formula, only missing fog.

This is not a very good treatment of the genre, however. We know all along which man is the nice one and which the evil. The female is so stupid and weak, I can’t care if she dies or not (this is the most dated part of the movie–you couldn’t get away with a female lead like that today). Lots of exposition disguised (but not well) as dialog and the ludicrous cartoon “subliminals.” Taken seriously, the plot doesn’t work at many levels. In particular, that psychiatrist needs to get disbarred. The casting is odd–the female and male hero played together as children, but the actors look 15 years or more different in ages. The woman screams far too often, and it’s just irritating.

Not so bad it’s good for a laugh. Just bad. Want a decent Gothic movie? Rebecca or your choice of Wuthering Heights. Or read Barbara Michael’s charming metagothic novel, Houses of Stone (a Gothic novel about hunting for an old Gothic novel manuscript). Want a bad 50’s horror movie that makes you laugh at how bad it is? Lots to choose from. This is neither fish nor fowl.

0 68
The Spotlight shines on Darin Cooper