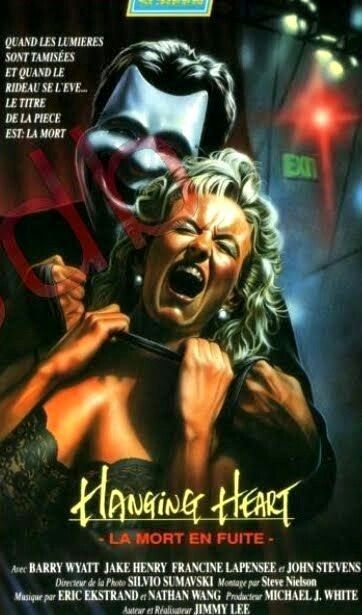 “Hanging Heart” is an odd little slasher flick which to my knowledge was never released in US on VHS.Denny is an aspiring theatre actor.The girls he knows romantically are being murdered one by one by a hooded killer.Of course Denny becomes the main suspect and is arrested and thrown in jail.His homosexual lawyer tries to help Denny because he loves him.Who is the killer?”Hanging Heart” by Jimmy Lee was actually released in Poland on VHS.The plot is very disjointed and there are only three killings in “Hanging Heart” including two stocking stranglings and one shooting execution style.The copious amount of homoerotic imagery is quite surprising as is rather negative and obnoxious portrayal of gay men.The film is also quite dull and too long