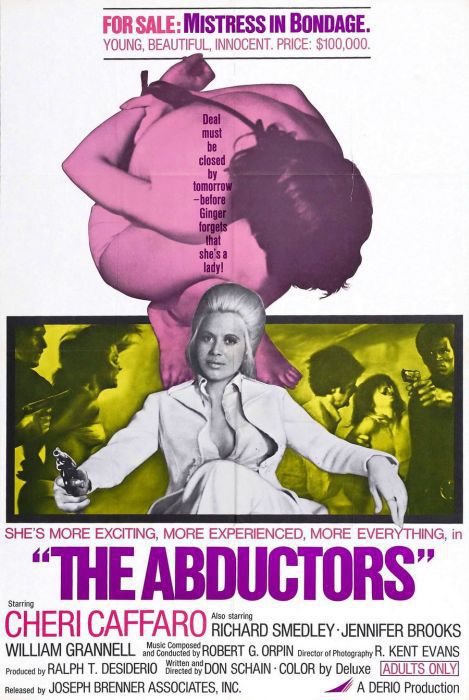 This is the second installment in the Ginger series. Ginger (Cheri Caffaro) is a sexy detective who sets out to nail a gang of men who kidnap young, pretty women to sell them as white slaves to rich businessmen, as mistresses and with a view to bondage. Certainly she matches James Bond in terms of enjoying sleeping with the enemy, regardless of whether she converts them to good, as well as anyone else along the way who is attracted to her, which means she will be attracted to him. But this movie goes beyond James Bond in terms of not only graphic scenes, but bondage fantasies, and it seems Ginger enjoys men in bondage even more than her opponents enjoy women in bondage. There are also good action and backdrop, some amusing tension between Ginger and her mentor, and a good feeling or revenge against the bad guys, altho at the very end the movie departs from the main themes. The acting (besides Cheri) leaves something to be desired. Very entertaining, and definitely recommended.