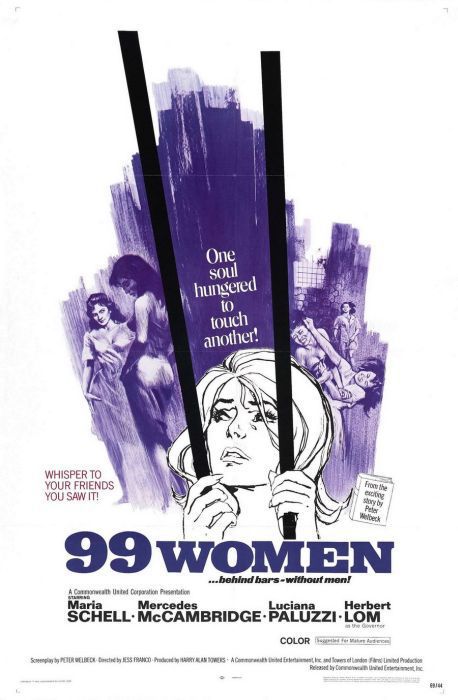 The newest batch of detainees arrives at a remote women’s prison. The fortress-like prison is ruled with an iron hand by Thelma Diaz (Mercedes McCambridge), a woman who has no qualms against death or torture. But when a new state official takes notice of the body count coming out of the prison, Diaz must prove her ability and hide the truth. As the powers that be turn up the pressure it sets up a daring escape by several of the ladies.

“Women in prison” flicks can be a mixed bag. Many offer the usual softcore action (usually of the lesbian variety) and / or nasty torture sequences that often exploit. But “99 Women” doesn’t really offer too much of either. “99” is actually more artistic than most of the “W.I.P.” films that I’ve seen and as a result it comes off as a bit bland. The photography is fine but with most of the action taking place indoors the camera-work is not flashy. The acting is pretty decent but the script is a bit “talky” in an unnecessary way. The softcore action is not awfully titillating since many of the scenes are shot in an “artistic” fashion the X-rated version does offer some hardcore inserts but you can easily tell they were added much latter since they don’t match. “99 Women” has some style but not a lot of substance. A bit disappointing.