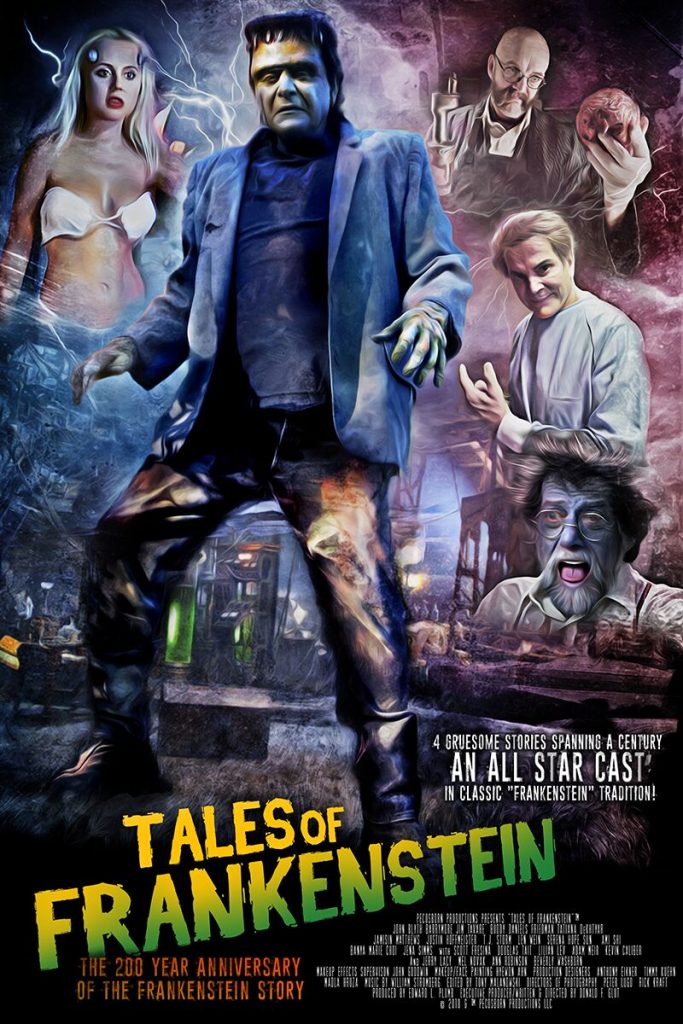 Synopsis: Based upon four of writer-director Donald F. Glut’s short stories published in his book TALES OF FRANKENSTEIN: “My Creation, My Beloved” (a deformed descendant of Victor Frankenstein creates the perfect man and woman), “Crawler from the Grave” (another Frankenstein descendant’s disembodied, plague-infected arm returns from the grave for revenge), “Madhouse of Death” (a private detective winds up in an old dark house filled with loonies…and a gorilla) and “Dr. Karnstein’s Creation” (a mad doctor creates a monster in vampire-haunted Transylvania – with gruesomely unexpected results).

Tales of Frankenstein had me reliving the days as a kid putting foil on the TV antenna to watch creature features on Saturday night.  It’s all I had on Saturday nights especially since my parents locked up the ONTV and Spectrum cable box blocking the after hour movies.  Anyway, the movie is a horror comedy anthology based on filmmaker and author Don Glut’s short stories in his book Tales of Frankenstein.   The four segments provide entertaining stories with fun special effects, dialogue, and sounds that are nostalgic and will occasionally crack you up.  As a fan of classics, I really appreciated the production of Tales of Frankenstein, the cinematography combined with Glut’s directing created a dark old mood and feeling.  The special effects and make-up provided by Emmy winner John Goodwin are a big highlight of the film. Costumes were ideal for the story’s era and the frosting on top was the excellent music and sound effects throughout including the eerie old electric tools and fire truck bells.  Occasional comedy is thrown in and some witty dialogue, “Most of them croaked while choking on smoke.” The voice overs so a good job assisting with the story and sharing valuable information. 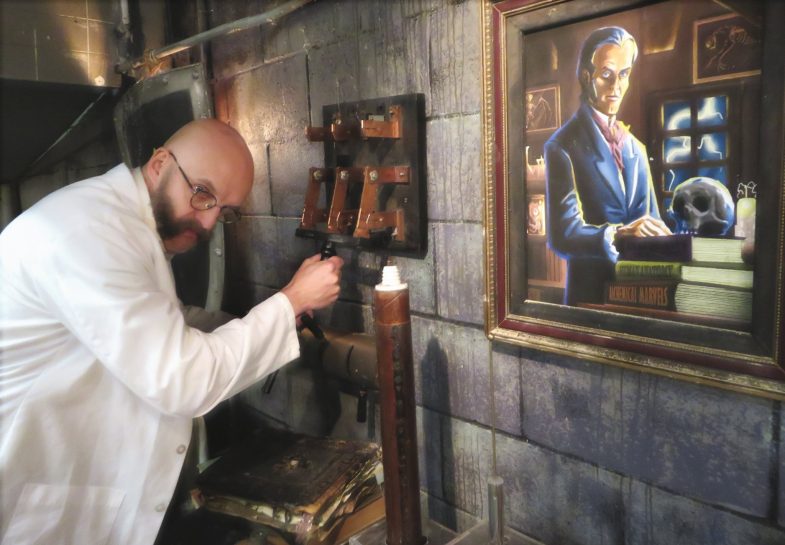 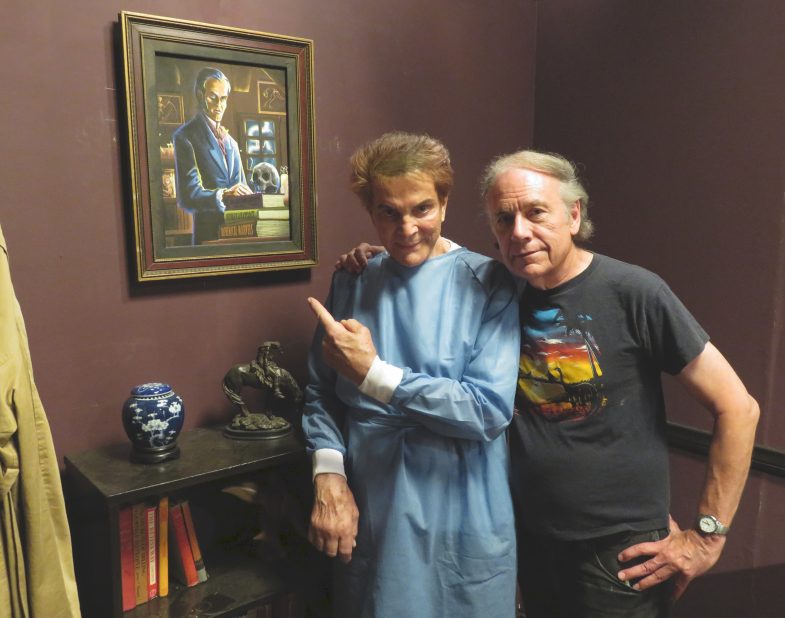 Each short is unique with many references familiar to Frankenstein fans.

In My Creation, My Beloved, Dr. Gregore Frankenstein creates the perfect body to hold the brain of a female surgeon, but the brutal results are not exactly what he planned!

Crawler from the Grave, Helmut Frankenstein has ruby ring that Vincent will stop at nothing to get the ring, including grave robbing.  Except he doesn’t anticipate the nasty infected arm to cause tons of pure chaos.

Madhouse of Death Set in 1940s Los Angeles, Private Investigator Jack Anvil runs into trouble when his car breaks down outside the home of Dr. Mortality. It seems Jack’s brain is the right size to be transplanted in to head of the doctor’s gorilla.

Dr. Karnstein’s Creation, Dr. Karnstein, is a descendant of the Frankenstein. He decides to relocate to the one place he can work in peace, Transylvania. Along with Carl who is blackmailed into helping Dr. Karnstein, but is promised a nice paycheck, however things end up the way Carl expected.

Tales of Frankenstein is definitely worth watching and it’s available on all major VOD platforms and DVD.  Check out the trailer here: https://www.youtube.com/watch?v=g2MCXdErYmQ&t=19s