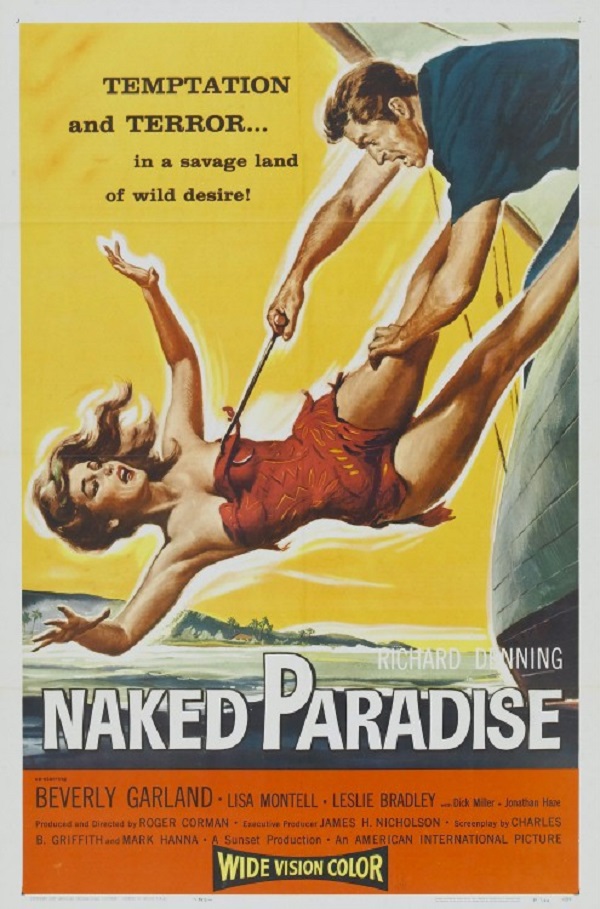 Gangster Zac Cotton and his two henchmen, Mitch and Sonny, try to get a boat to get off a tropical island after a botched robbery heist.Duke Bradley’s boat is hired to sail a group to the Hawaiian Islands. His passengers include Zac Cotton, alcoholic girlfriend Max McKenzie and a pair of thugs, Mitch and Stony, who following a luau, without Duke’s knowledge, rob a plantation of its payroll.

The gang intends to continue on to another island in the South Pacific, but tempers flare after Max is struck by Zac, which causes Duke to quit, demanding payment. As he is about to set sail, Max asks to go with him, determined to change her life. A hurricane hits, however, forcing Duke to turn back. On arrival, he is beaten unconscious by Mitch and Stony while the woman is roughed up by Zac.

Zac intends to make off with Duke’s schooner and takes a local girl, Lanai, as a hostage, shooting Stony, who objects to this. A fight ensues in which Duke triumphs after Zac is killed by the boat’s propeller. Duke and Max sail away.

CastJohn Ireland, who still owed another film to Corman under a two-picture deal he had signed with the producer, was originally announced as male star.Robert Wright Campbell’s script was rewritten by Charles B. Griffith, who claimed Corman asked him to reuse his screenplay for Atlas (1960), Beast from Haunted Cave (1960) and Creature from the Haunted Sea (1961).

The film was shot in two weeks on location in Hawaii, back-to-back with She Gods of Shark Reef. Samuel Arkoff of AIP has a small role in the movie.The Cocoa Palms Hotel received an on screen credit in exchange for housing the films stars at a reduced rate. [5]