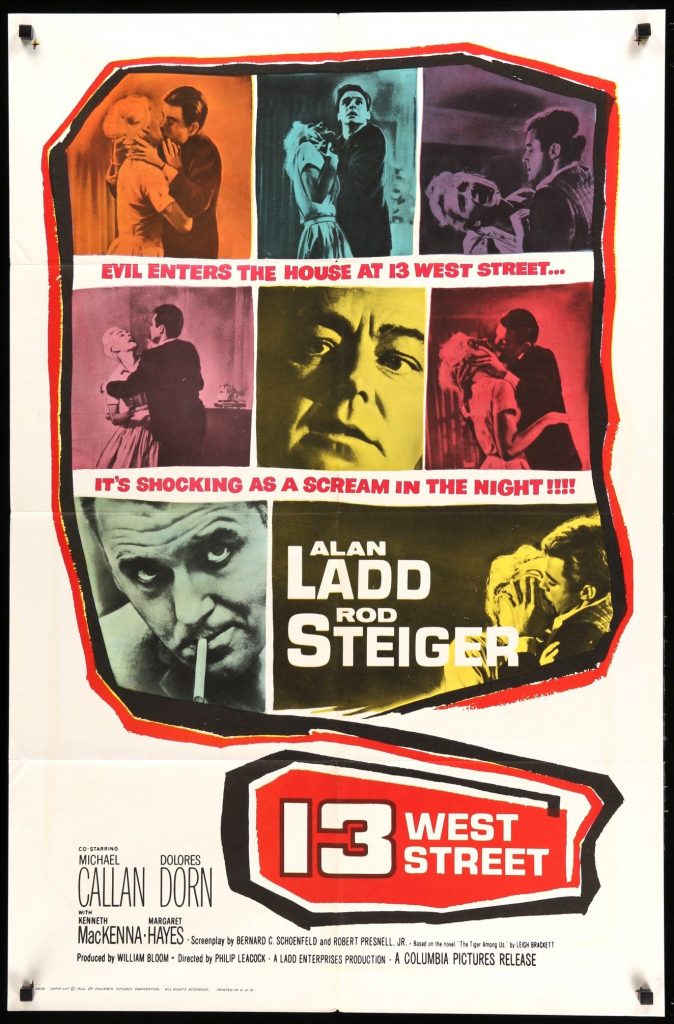 As Alan Ladd’s last starring role, this was a pretty good way to finish his all-too-short career. While it’s not the best thing he ever did, it is one of his better films. Unfortunately, for me, a real fan of Ladd, it’s also a bit tough to watch because he’s obviously suffering the effects of advanced alcoholism–with a puffy look about him and slightly slurred speech. In addition, at times his performance was a bit limp–though at other times, particularly at the end, he was able to rouse some of that old Alan Ladd energy and anger.

The film is about a decent man who through no fault of his own is badly beaten by a group of young spoiled rich thugs. The problem is that the information on who did this was scant so catching the thugs looked uncertain. Plus Ladd had a lot of trouble getting on with his life–particularly when members of this little gang began threatening him and his wife. From that point on, Ladd is a bit like Captain Ahab–with an almost incessant need to find and punish the teens. Surprisingly, Rod Steiger underplays the role of a decent detective who is investigating the case (he sometimes seemed to overact in some films–here he was perfect). He’s trying his best to find the boys AND keep Ladd from getting himself in trouble for being a vigilante.

Add to this basic plot decent acting, a very good and suspenseful script as well as a very adult plot for 1962 and you’ve got the formula for a very good drama–far better than many of the mediocre films Ladd had been making through much of the 1950s and 60s.