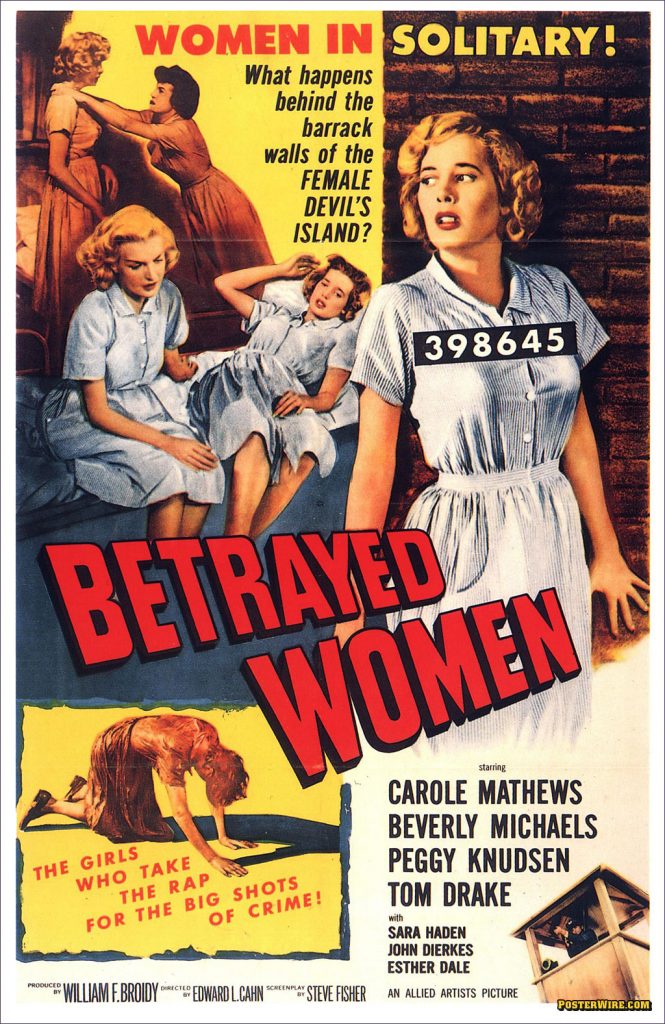 The film is supposedly set in the bayou, though it’s a strange sort of bayou. No one speaks with a Southern accent and there isn’t any swamp. The ladies also all sport nice perms and makeup! And, oddly, there are mountains! This clearly was NOT filmed in Louisiana, Mississippi, Alabama nor Florida…and the filmmakers did a terrible job trying to disguise it.

The prison has been visited by a do-gooder from the state (Tom Drake). He’s concerned about the way the inmates are being treated, though, oddly, you never really see much in the way of maltreatment…just folks TALKING about it. Later, a few of the inmates stage an escape…taking him and the warden. What’s next?

In every possible way, this film avoided violence, salaciousness and smut….so lovers of the genre might feel disappointed. As for me, it needed a bit more…just to make the prisoners’ demands seem more reasonable. As it is, it’s a watchable film with more than its share of cliches.

0 23
Playing Chicken With The Movies