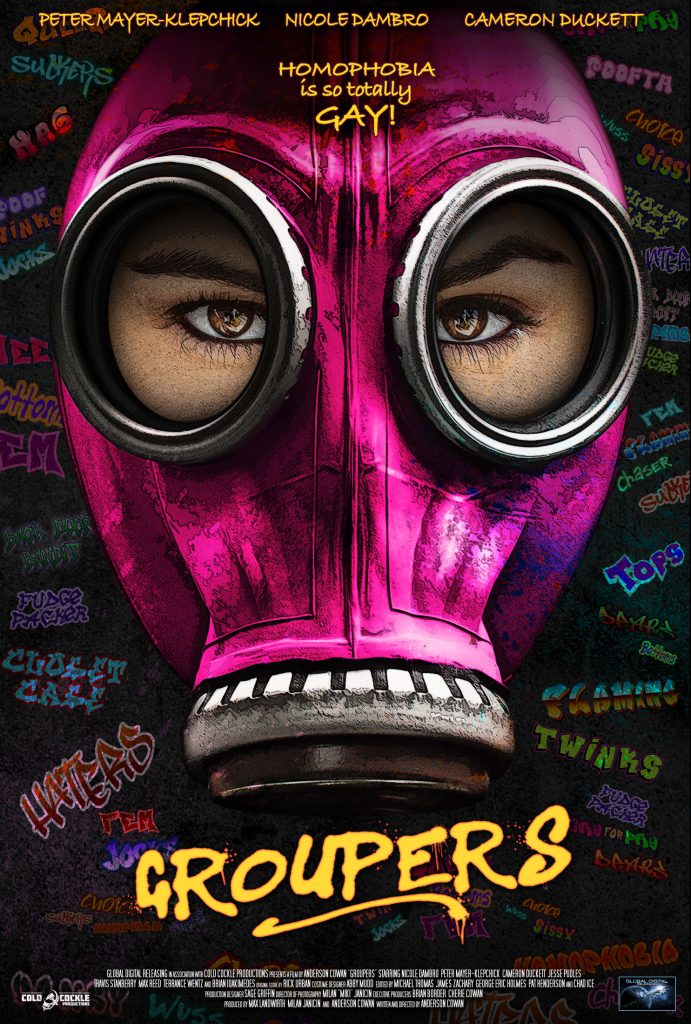 A grad student kidnaps two homophobic high-school bullies to use as her subjects in an experiment performed at the bottom of an empty swimming pool.

Global Digital Releasing sets the theatrical release for the dark comedy Groupers for Friday, September 27th at the Laemmle Music Hall theater and will expand into additional markets on October 1st. The distributor plans to submit the film to the GLADD Media and Spirit Awards for consideration. 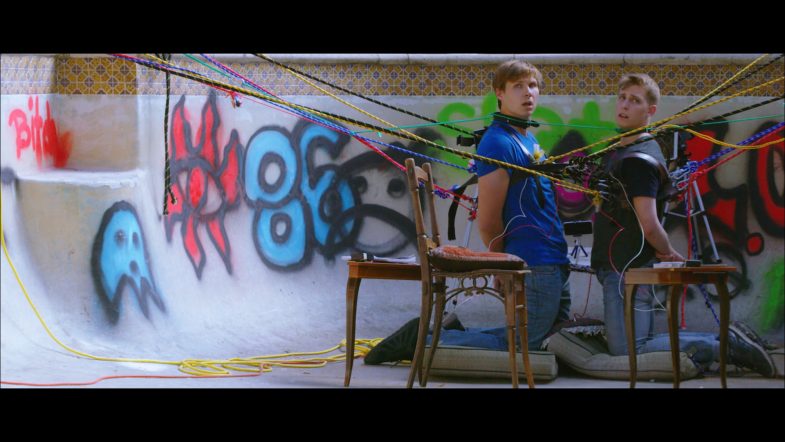 The film written and directed by Anderson Cowan is about two all-American high school jocks Brad and Dylan (Peter Mayer-Klepchick and Cameron Duckett) who are out for a night on the town when they are approached by the beautiful and seductive Meg (Nicole Dambro) at a local bar.  Ready for what they hope will be a night to remember, the guys are subsequently kidnapped, drugged and awaken tied up face to face in an abandoned pool in the middle of nowhere. Absurdity and insanity ensue as we learn that Orin (Jesse Pudles), Meg’s overly flamboyant brother has been the target of Brad and Dylan’s homophobic bullying and that Meg is actually a grad student who plans to perform a psychological and somewhat sadistic experiment on them as part of her thesis, which poses the question, “is homosexuality a choice”.

The Cinequest Film Festival referred to the film in its 2018 lineup as “a rare, highly original, and super-charged dark comedy that will keep you guessing and contemplating the provocative, yet crucial themes at its essence.”

“This is an important film,” stated Global Digital Releasing President Joe Dain. “Homophobia has always been an issue in our society but with the current administration and the potential roll backs of LGBTQ protections in this country, it’s not only timely but Anderson effectively tackles the subject matter in a dark, humorous, yet thought provoking and entertaining way that we believe will resonate with audiences and we wanted to give it the opportunity to garner the attention we feel it deserves.”

To keep updated, see all the awards Groupers won, and to view the trailer, go to the film’s official website and Facebook page: