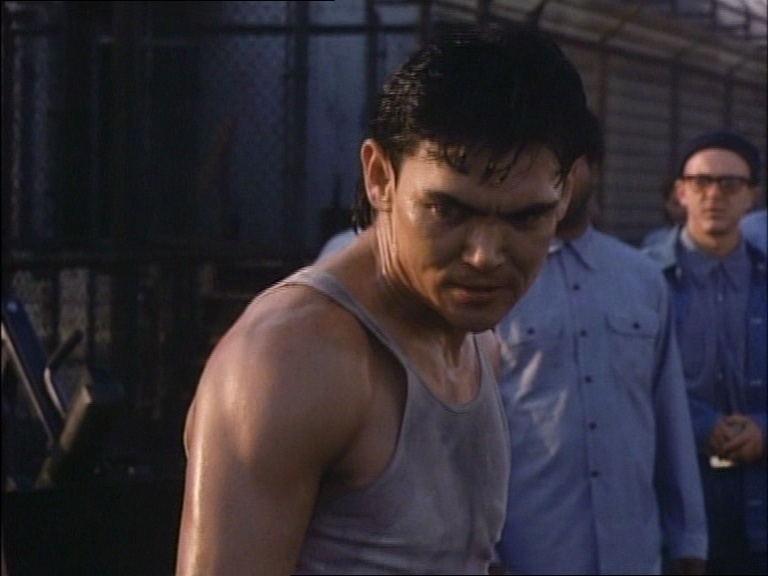 A recent slide-show on Salon.com, entitled “The Best Remakes of All-Time,” chronicles movies that got better when their plots were re-imagined by later filmmakers. Like David Cronenberg’s chilling 1986 update of the old Vincent Price shocker, The Fly. Or the poignant Judy Garland musical version of A Star is Born. Or Howard Hawks’ transformation of that boys-will-be-boys newspaperman story, The Front Page, into a sparkling battle of the sexes, His Girl Friday.

I’m here to tell you: when it comes to remakes, Roger Corman has no shame. He views a remake as a cheap way to get extra value out of an existing script. Even his own best work as a director is fair game. In 1989, he gave upcoming director Larry Brand carte blanche to re-think The Masque of the Red Death, the Corman-directed Poe adaptation from 1964 that most critics consider his finest artistic achievement. And he was all set to green-light a television series based on his classic black comedy, Little Shop of Horrors, until the bureaucracy of TV production did him in.

I myself got involved with remakes, Corman-style, in late 1992. As the winter holidays approached, Roger realized there was no production booked into his Venice studio. Keeping the studio staff idling was anathema to someone of Roger’s frugal temperament. So he needed a quickie production to allow them to earn their keep. That’s when I was approached by veteran Corman production chief Mike Elliott, and told to grind out a fast adaptation of the 1989 Concorde martial arts hit, Bloodfist. The original script by Robert King (with heavy borrowings from Jean-Claude Van Damme’s KickBoxer) had featured Don “The Dragon” Wilson as an earnest young man who enters a Manila tournament in order to flush out his brother’s killer. My job was to transform the exotic overseas competition into the down-and-dirty L.A. under-the-freeway games, and to change the inscrutable Chinese mentor who turns out to be the villain of the piece into a mysterious African-American street bum. (Oops – did I just give away the twist ending?)

To metamorphose Bloodfist into Full Contact, I was allotted about a week. When it was shot (with kickboxer Jerry Trimble in the Don “The Dragon” role), I scored a cameo as a nurse who supplies some key plot information. Full Contact was released through Twentieth Century-Fox, and Roger was clearly pleased with the results, because four months later I was helping move the same story into outer space. This time we called it Dragon Fire. And soon there was a female version, Angel Fist. Briefly we also considered a sword-and-sorcery variation, but that seems a little much.

0 121
Suspiria! Screens At The Hollywood Theatre