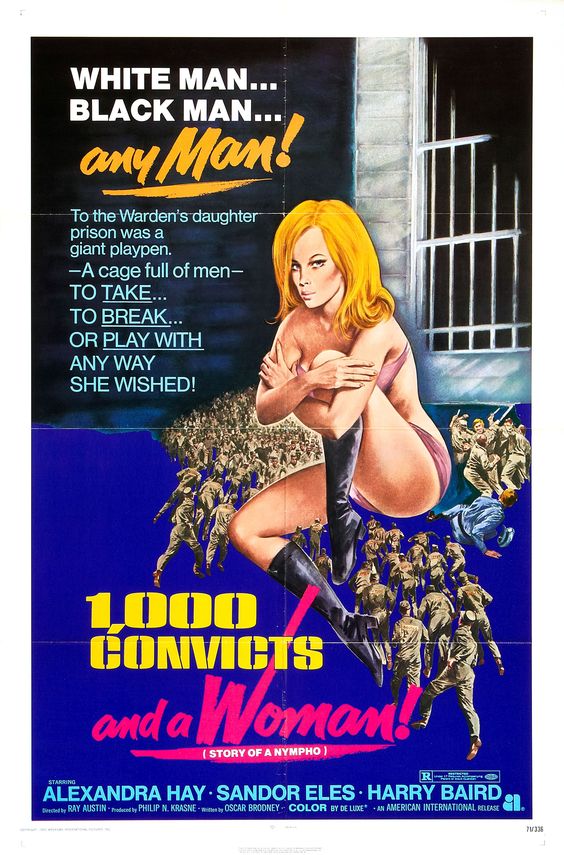 The gorgeous Alexandra Hay, who sadly died only 49 years old, convincingly plays a nymphet terrorising the warders and inmates of a peculiarly liberal prison. It’s an inviting set up and there could be few more enticing exploitation subjects, and until it rather runs out of steam, this movie is quite fun. Hay, who shows a bit of flesh but not lots, plays her character to the max and there’s one speech from her in which she succinctly describes herself, the best lines of the movie. Pleasingly sleazy and very 1971, 1,000 Convicts (aka Fun And Games) passes the time. The film has some resemblance to the director’s Virgin Witch, although it’s not as sexy as that movie.