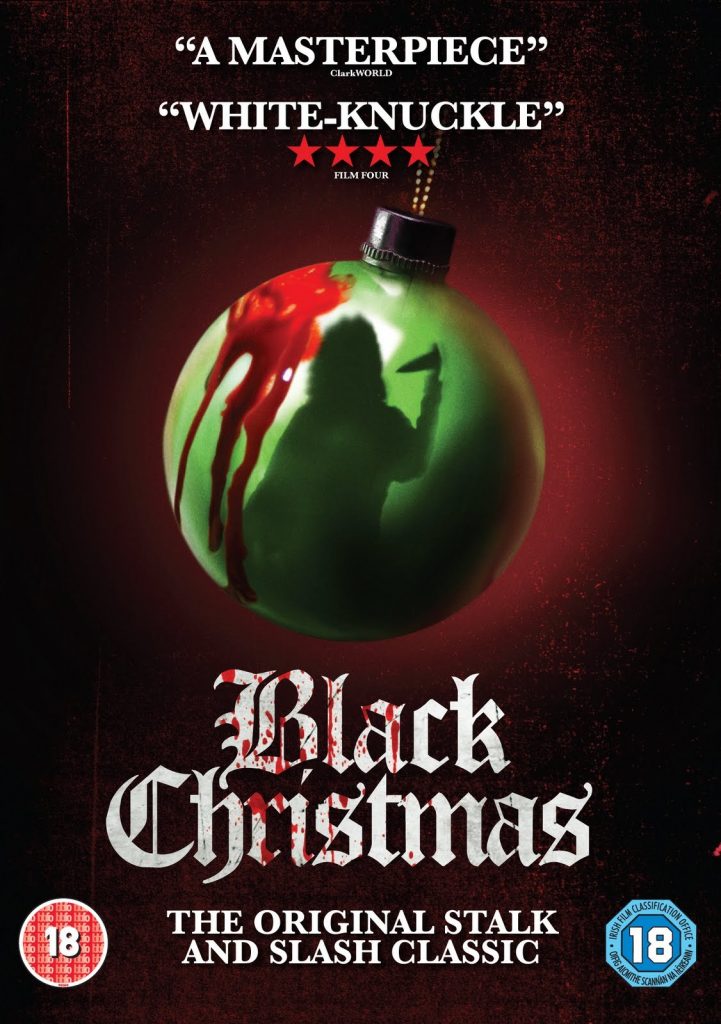 “Black Christmas” is truly a forgotten gem. Even though the producers intended the film for cinema, “Black Christmas” has the look and feel of its precursors, the made-for-television gothic suspense thrillers between 1969 and early 1974. This four year period featured inexpensively-produced but having hi-quality production values that older viewers will remember. These include, “A Howling In the Woods”, “When Michael Calls”, “How Awful About Allen”, “Don’t Be Afraid of the Dark”, “Home for the Holidays”, et al. “Black Christmas”, produced at the tail-end of this short-lived genre, clearly displays the same suspenseful and moodily atmospheric elements involving human angst, fears, anxieties, and complicated, sometimes destructive relationships. In one small aspect, “Black Christmas” is a transitional film set between the television gothic supsense thrillers and the onset of the slasher genre epitomized by 1978’s “Halloween” and 1979’s “Friday the 13th”. The violence was certainly more graphic than its television precursors, but not gratuitous. Foul language sprinkled throughout “Black Christmas” would never have made it past the television censors. And look again at “Halloween”. It’s reliance on atmosphere, moodiness, suspense, and the fright of awaiting something that is surely around the next dark bend of the house harkens back to the early 70s gothic thrillers. “Black Christmas” is from a unique genre long gone and will probably not return, but for those seeking quality shockers without the schlock will no doubt find repeat viewings of this suspense film noir satisfying.