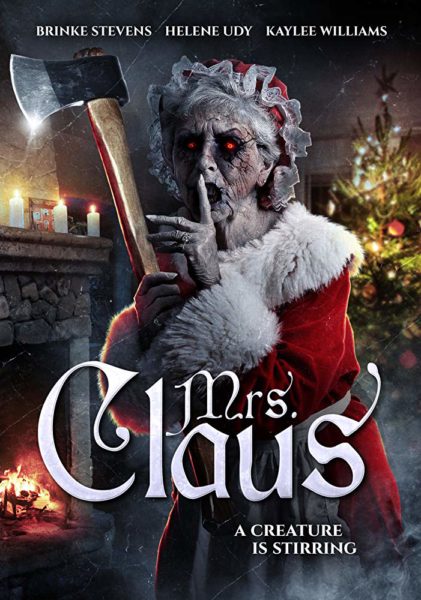 I was fortunate enough to catch a screening of this at a film festival (under the title Stirring) and I was really surprised by how much fun it was. Obviously shot with a low-budget, Mrs. Claus doesn’t let that get in its way. If you take a chunk of To All A Goodnight (complete with the prologue prank gone wrong) and throw in a few dollops of Black Christmas and Silent Night, Deadly Night, you might get some idea for what this film is trying to achieve.

The cast is a mostly appealing bunch, it’s fairly well shot, and the special effects are pretty terrific. I must thank the filmmakers for casting Brinke Stevens and Helene Udy and giving them more than just thankless cameos (which seems to be a plague among many indie horror films – if you’re casting these pros, give them something to do). They’re given a good deal to do here and they’re a blast to watch.

If you’re looking for a deep, thought-provoking horror film, this won’t be your thing, but those of you looking for a fun throwback to mindless 80’s slashers will find a lot to enjoy.