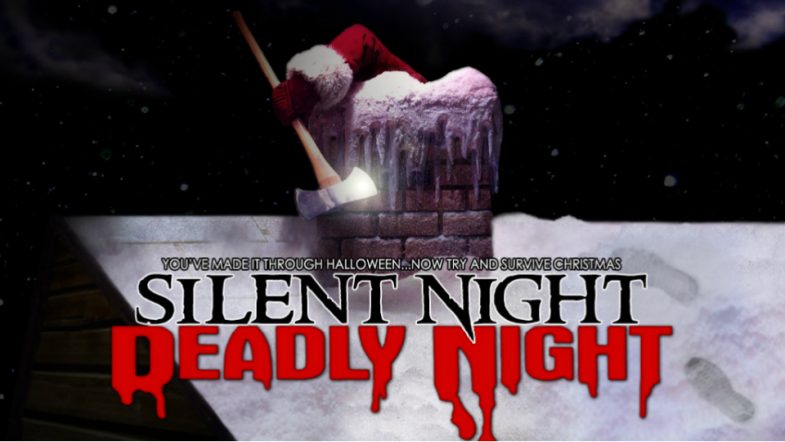 This killer Santa movie got quite the infamous reputation upon its release due to excessive violence. The film differs from a lot of slasher films in that it spends half of its running time showing the back story of the killer, as we watch him endure a parade of horrors from childhood through his teenage years. In the end, it leaves him mentally unbalanced, with a particularly skewed vision of who Santa Claus is and what he’s supposed to do.

Once he dons the Santa suit and goes on his killing spree, the film drops any attempt at story as we watch him move from one scenario to the next, killing those he encounters, or as he thinks of it, “punishing the naughty.” It’s all pretty dopey, but the lead (Robert Brian Wilson) gives it his all, and some of the gore effects are memorable. Also with Charles Dierkop, Tara Buckman, and scream queen Linnea Quigley. Followed by several sequels, and remade in 2012.