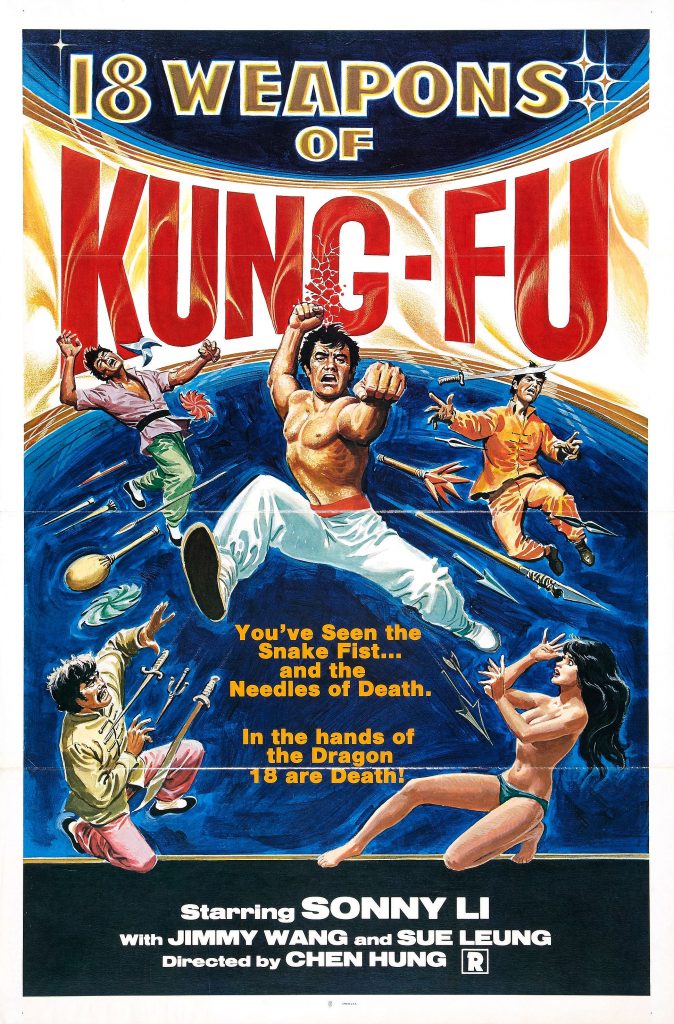 This film’s title would lead one to believe that the movie is full of great weapons-based fight scenes in true martial arts movie style. Not quite. Sure, there are some (excellent) weapon-fighting sequences early in the movie, but they are short and have nothing really to do with the actual “plot” of the movie. But you know what? It doesn’t even matter! This movie is a classic because it doesn’t care about the title, the script, or even the acting! All it cares about is kick-butt kung-fu fight scenes. All your favorite stereotypical martial arts types are here: the main character who has people attacking him everywhere he goes for no apparent reason, the young actor dressed as a venerable kung-fu master, the two guys who always fight together against their opponents, and some of the worst editing you’ll ever see (Watch the main character’s outfit get dirty as he falls down and magically become clean again as he’s getting up to resume fighting.). All that being said, you will also find some of the absolute coolest fight scenes this side of Sonny Chiba’s “The Street Fighter.”