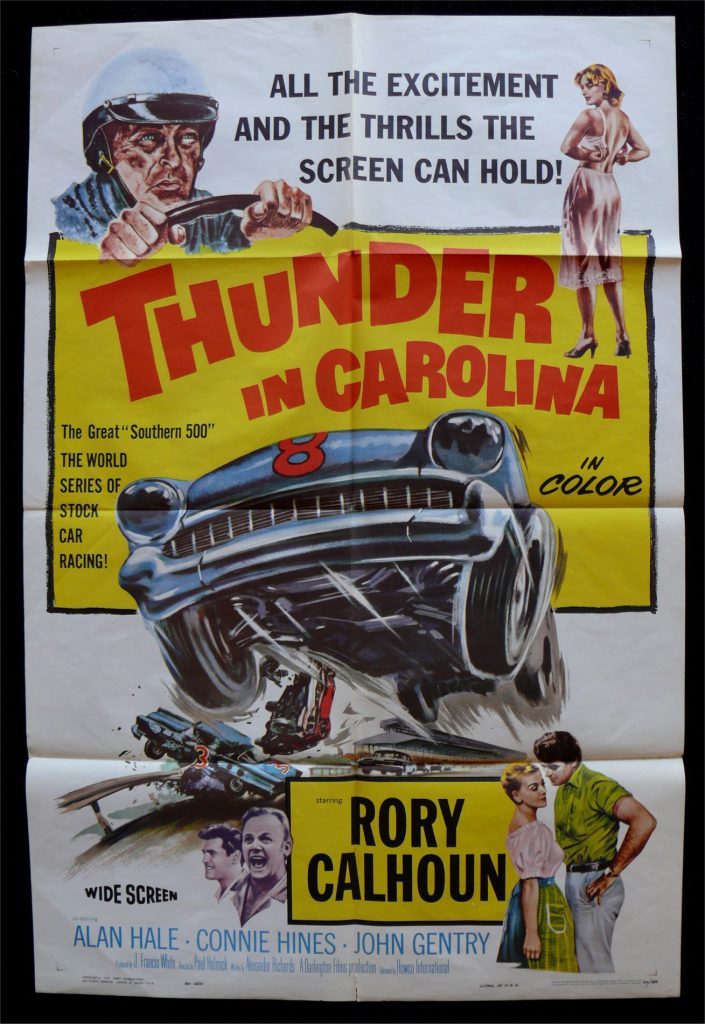 After completing the run of his television western series The Texan and before departing to Europe looking for work Rory Calhoun did this independent picture in North Carolina concerning stock car racing. I’m wondering if when he read the script he didn’t notice that this was taken from the Robert Mitchum/Susan Hayward film The Lusty Men. Just substitute stock cars for the rodeo circuit and this is a remake with a change in the ending.

If you like stock car racing than this is your movie. Otherwise I think you will be bored. The whole cast gives rather desultory performances. Calhoun plays a veteran stock car driver who is injured and while injured tutors young Race Gentry in the rudiments of the sport. Of course Gentry’s wife Connie Hines is opposed to him leaving their gas station garage where he’s making a good living and she hates the influence that Calhoun has developed over her husband. But Rory is certainly noticing her.