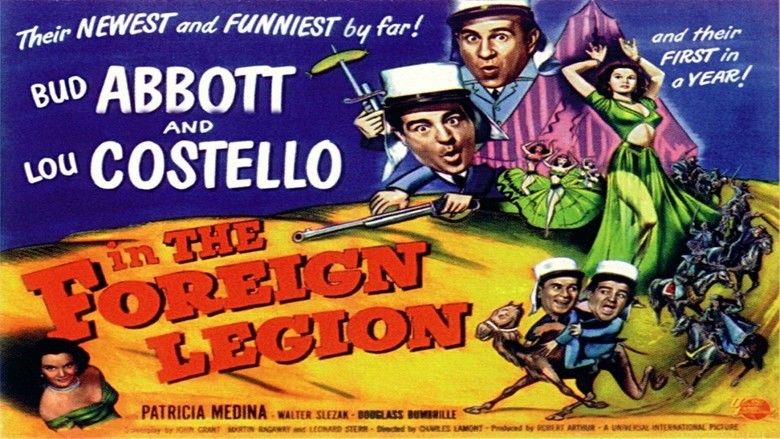 Jonesy and Lou are in Algeria looking for a wrestler they are promoting. Sergeant Axmann tricks them into joining the Foreign Legion, after which they discover Axmann’s collaboration with the nasty Sheik Hamud El Khalid.

The plots of the various movies don’t really matter one way or the other. What really matters are the gags. I felt like the gags in this one fell a bit short. The centerpiece is a scene concerning a mirage, which never really hit its peak. And the verbal banter that these two are best at is absent, and that is disappointing.

The movie does work as sort of a cultural artifact about what Americans (or Hollywood) thought of the Middle East in 1950. While not outright offensive in any way, some of it seems surprisingly ignorant. But then again, I could probably argue that the situation has not improved in the last 60 years.