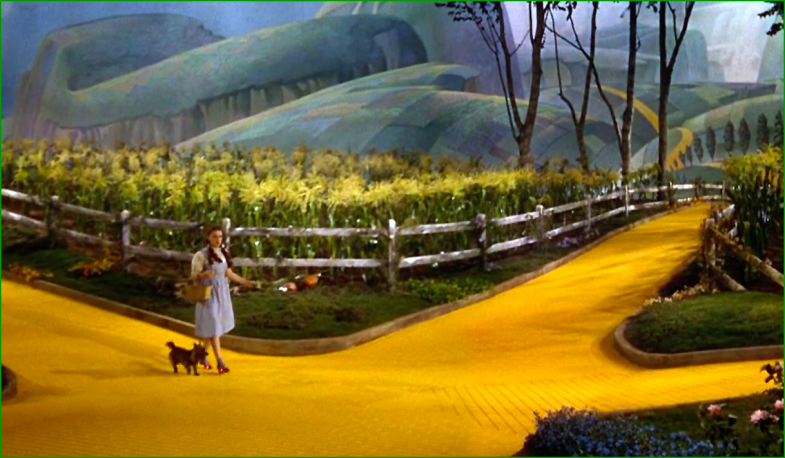 Hollywood has changed and has changed drastically. One could actually say that it has ceased to exist. All they are now is an arm of an eight-limbed creature owned by a media conglomerate. Most of them have had schooling in the cable television industry so all they really know is subscriber count. Because of this background, the cable barons are reshaping the movies to serve the building of subscriber count. They know nothing else within their corporate culture and because of this, they are more than ill-suited to be in the business of motion pictures. They are not and never will be….showmen.

One of the key things missing from this business of motion picture exhibition is showmen. The tradition of showmen has been replaced by a steady flow of accountants and financial analysts. The studios with the implementation of policies that repressed any form of theater owner based promotion. The lack of ability to do some shared (co-op) advertising. And the final nail in the coffin was the implementation of Virtual Print Fees.

I firmly believe in the phrase “what is past is prologue”. This industry must recognize the precedent that has been set. A precedent from which clues can be discovered in order to look at what has happened and what is possible. Theaters must study the past in order to determine the future. It is imperative that the motion picture exhibition find a stream of product to screen. A steady stream of movies from reliable producers that will respect a classical release window.

Let me share one name with you. That name is Nicholas Schenck. On his shoulders, more than any motion picture pioneer sits the credit for the founding of the motion picture exhibition business.

Like many of the founders of this industry Schenck was born in Tsarist Russia, in 1880 and emigrated with his family to the United States when he was 12, in 1892. His family settled on the lower East Side, and then later moved to Harlem, which at that time was primarily inhabited by Jewish and Italian immigrants. They seized the American Dream by the throat and began selling newspapers. Two years later they saved up enough money and bought a drugstore.

In 1907, the Schenck family jumped on an uptown trolley to have a day of fun at the Fort George Amusement Park. On the wait for their return trolley, they noticed that thousands of people were waiting around for the trains to arrive. They immediately set up a concession stand complete with a vaudeville show. These brothers were not ones to let grass grow under their feet. Their hustle and imagination caught the attention of Marcus Loew, a theater operator who was intent on expanding his empire. Loew saw some real hustle in the Schencks and advanced them the funds to build a competing amusement park to Fort George, across the river in Bergen County, New Jersey. They named the amusement park for where it was located, Palisades Park. They opened the park in 1908 and it ran continuously until 1971. The park was made famous by Freddy “Boom Boom” Cannon when he released the Chuck Barris penned hit “Palisades Park” in 1962.

Between approximately 1907 and 1919 the Schenck Brothers worked alongside Marcus Loew, they invested heavily in theater real estate including nickelodeons, vaudeville, and the emerging business, motion pictures. In 1919, the Loews organization acquired a movie studio. At this time, Nicholas Schenck was spending more time with Loew’s, Inc., so the brother decided to split. Joseph Schenck re-located to California where he eventually would run United Artists.

Together with Marcus Loew, Schenck managed to very quickly assembled a massive theater circuit. Needing product for their theaters Schenck lead the acquisition of Metro Pictures and Goldwyn Pictures. He combined the two companies and established the now-iconic Metro Goldwyn Mayer. Marcus Loew bought a small studio headed by Louis B. Mayer in 1924, placing Mayer as studio chief of the combined studios.

In 1927, Marcus Loew died suddenly, leaving control of Loew’s to Schenck. By 1932, Schenck was running an entertainment empire that consisted of a thriving theater circuit and MGM. The group of companies, which Schenck continued to manage closely from New York City, employed 12,000 people. thanks to Schenck’s careful management, MGM was the most successful at the time making it the only studio that continued to pay dividends during the financial tumult of the Great Depression.

Although Schenck’s power and prestige were at their peak after World War II, times were changing, as television loomed on the horizon. The Paramount Decree diminished the studios and their affiliated circuits. The Golden Age of Hollywood was quickly coming to an end. Nicholas Schenck retired in 1955 and passed away in 1969. Nicholas Schenck through the entire run of his career was based in New York.

Schenck forged a twinning of disciplined motion picture production with established circuits that ensured the prospering of both. Today movies are made based on the amount of money that they can get from investors, not on what the market will earn. They have created an engorged industry that feeds mainly on the front end and year after year the money diminishes on the back end. Agents seek higher budget movies because that means higher commissions and higher packaging fees. The industry has forgotten the simple fact that a $700,000 movie like American Graffiti is a wild success when it earns $55 million in domestic box office. Or a $60,000 movie like The Blair Witch makes $248 million or Paranormal Activity budgeted at $11,000 makes $198 million. The present industry has little space for a breakthrough movie. They have taken the audience and trained them only to respond to blockbusters.

It is time to re-introduce the audience back to the idea of cinema.

In the past, showmen have arisen in both exhibition and distribution when the industry faced challenges. Names like Kroger Babb, K. Gordon Murray, Robert Lippert all provide inspiration for a possible path forward to the issues the industry is facing now. Ethical studio heads like Arthur J. Rank and Harry Warner should serve as models of integrity and vision. It is time that a page be taken out of Schenck’s book. Theaters must align with independent producers in order to guarantee a flow of movies with a proper theatrical window. There is product out there, there are lower cost promotional strategies that work.

The studios have been acquired, the focus shifted onto streaming and eggs firmly placed in one basket. On the studios’ part, it is a tragic mistake. They will soon find that the streaming world is laden with so much product is it getting almost impossible to properly market movies. You need a theatrical window form any repeated success on streaming. They were afraid of the implications of the Paramount Decree, so lobbyist were dispatched to the corridors of power in Washington D.C. In order to remove that sword from the hands of a Justice Department under a potential new administration.

If steps are taken now, the smaller circuits might be finding themselves with a large base of power due to the corners the streaming giants are painting themselves into. What is interesting is that the rumors that are flying that Apple with all their cash reserves are in discussion with either Disney or Netflix for acquisition. It would be kind of interesting to see what $245 billion can buy you. If that happens well the streaming wars will go nuclear.