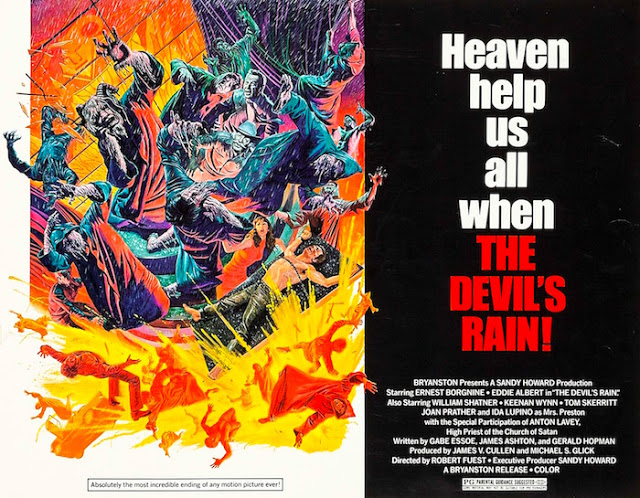 If you are like me you can appreciate the special merits of a bad movie on their own terms. I suppose many of the films that fall into our beloved sub-genre of European spy movies would be tagged as `bad’ by a majority of average viewers but I’m not talking about just your everyday run-of-the-mill bad movie here. There are some films so nonsensical that they reach a certain nadir of `bad,’ in fact they take on the quality of a fever dream. The Devil’s Man is such a film.

Guy Madison is Mike. I didn’t catch his last name after two viewings and it may indeed be possible that it is never given. I’m apt to believe this because I don’t think the villain’s name was ever given either! But anyway, Mike must be some sort of secret agent. He gives his profession as newspaperman and also as editor of a science magazine during the course of this adventure but he’s way to efficient at fisticuffs, gunplay, horseback riding, and bringing down super villains for a journalist, in my opinion. Mike’s true occupation is never revealed, he just shows up and takes over. He also has a mysterious partner who follows him around but that’s not important either.

Really about the only halfway decent thing to mention about the movie is the sometimes okay score. It has its mock modern jazz moments. Other than that, all I can say is The Devil’s Man should be watched late at night in some sort of inebriated state. You won’t believe it in the morning though.