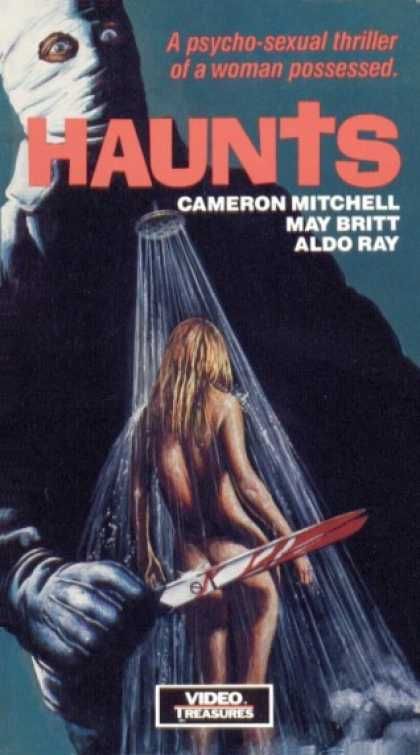 Ingrid (May Britt, a long way from Sweden) lives on a small farm with her Uncle (Cameron Mitchell) in a small coastal California town. The town gets turned upside down when a small child is murdered and then a series of rapes take place. Ingrid suspects it is the work of local butcher Frankie (William Gray Espy) and tells the sheriff (Aldo Ray) her suspicions. Naturally, she soon becomes the attacker’s latest prey. Chances are you will figure out this psychological horror flick before the film’s revelation, but that doesn’t deter from this interesting film by Herb Freed (GRADUATION DAY). Britt, the former Mrs. Sammy Davis, Jr., looks pretty rough but having her in this role is pretty clever casting for the stranger in a strange town. The film benefits from the small town location shooting, reminding me a bit of THE TOWN THAT DREADED SUNDOWN (1976). Perhaps the best element of the film is a wonderful score by Pino Donaggio. It really adds to the film’s final haunting shot. It should be noted the end credits have a 1975 copyright date for both the film and the score.