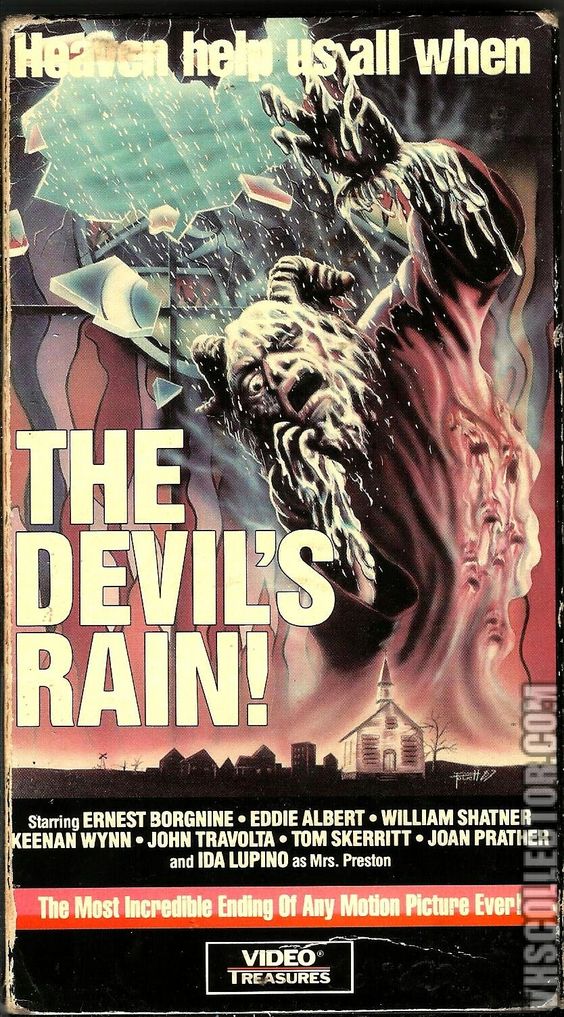 In mainstream American 1970s horror land ‘The Devil’s Rain’ lies half way between the silly but still pretty good chills of ‘The Car’ or ‘The Sentinel’ and the so bad it’s hilarious fun of ‘The Eyes Of Lara Mars’. The main attraction here is the cast of familiar TV faces, which includes William Shatner and Tom Skerritt as brothers (which along with the presence of Joan Prather, makes this a ‘Big Bad Mama’ reunion!), Ernest Borgnine as a leering Satanic cult leader, ‘Green Acres’ Eddie Albert, veteran Ida Lupino, and a blink and you’ll miss it cameo from a pre-superstar John Travolta. The plot concerns a much sought after book and devil worship, but really who cares? Sit back and enjoy the (unintentional) laughs, some classic emoting from Shatner, and the overly long face-melting scenes, which according to the video box is “absolutely the most incredible ending of any motion picture”! And dig that Borgnine goat face!