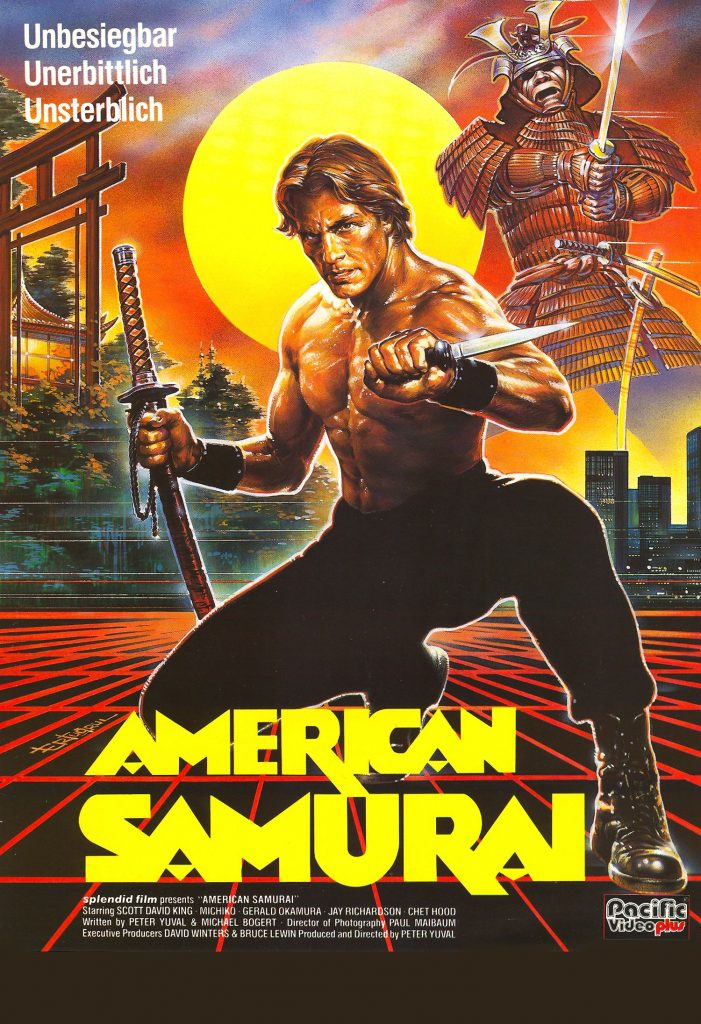 David Bradley stars as Drew, An American samurai who has incured the wrath of his step-brother by earning his father’s sword. Of course years later the brother Kenjiro (Mark Dacascos) is a yakuza mob boss and Drew now a journalist, Kenjiro forces Drew back in a to the death weapons tournament in this martial arts actioner which pretty much delivers what you would expect. (Which is to say not much.) The plot is stolen from the Chuck Norris starred dud Octagon and although this is slightly better, American Samurai suffers from Bradley’s lack of charisma and Dacascos is far too over the top to take seriously. Some brutal yet satisfying action abound to make this go down easier.