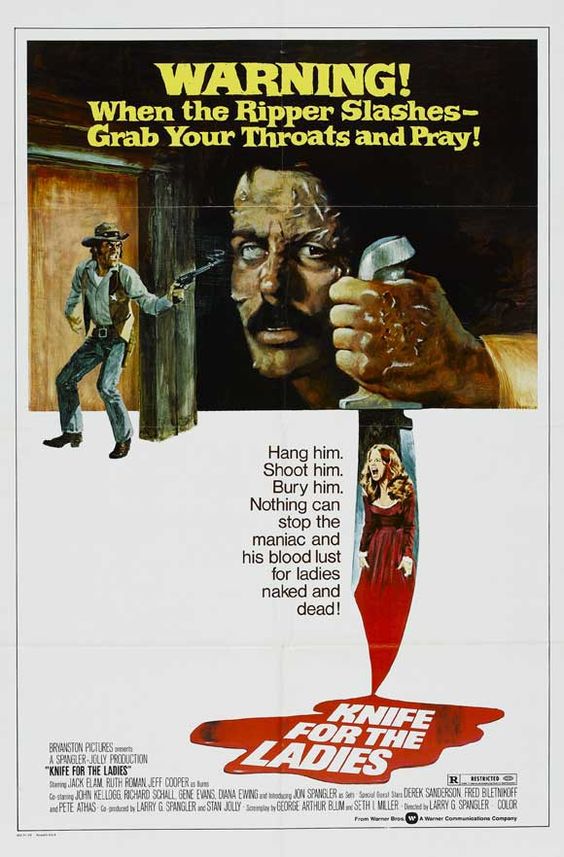 A bizarre yet watchable cross between a typical oater and a slasher film, KNIFE FOR THE LADIES (or better known as “Jack The Ripper Goes West” on DVD) is actually a fairly entertaining jumble of genres, aided by the one and only Jack “One-Eye” Elam as the town sheriff, a drunken, unwashed, temperamental SOB who loves his rotgut and loves to fight, all of which is exacerbated when a clean-cut private eye comes in from the big city to help the townsfolk stop an unknown murderer bumping off the women. Although the DVD version is obviously edited of some scenes, causing the story to leave gaps as big as the one in Terry-Thomas’s smile,the film moves along at a good gallop until the somewhat predictable conclusion.