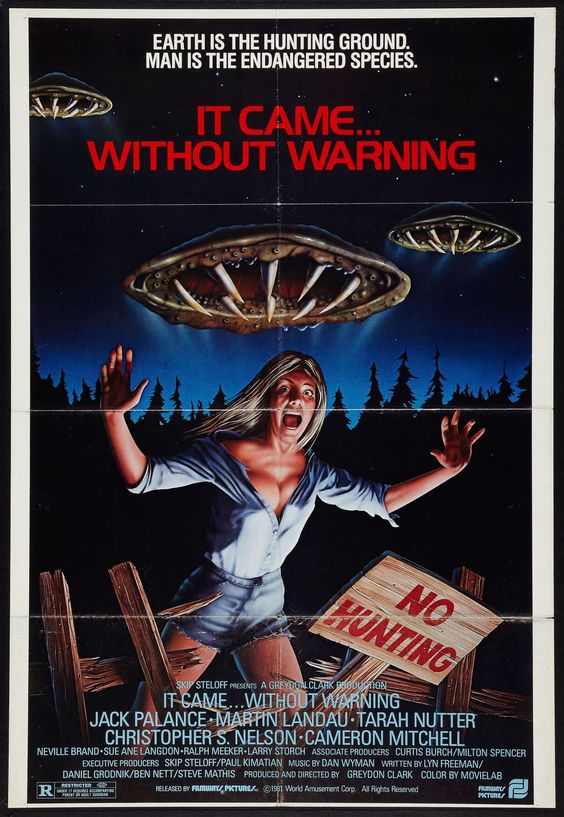 There is an all star cast, or at least six huge names and a cast of unknowns. The name stars, Cam Mitchell, Jack Palance, Neville Brand, Ralph Meeker, Martin Landau, and Larry Storch, all play character roles. These were huge talents, and some are wasted in what amounts to cameos, particularly Storch, a top comic, who probably should have been given more to do.

That’s one of the flaws, the misuse of talent, but it’s also one of the assets, as the movie makes an early attempt to show us some iconoclasm, killing two of the big names in the first 25 minutes. This is no doubt on purpose, to show that nothing is sure.

However, the biggest flaw is the stereotypical “serial” style use of constantly throwing in needless diversionary problems, notably from the Landau character. To it’s credit, the movie doesn’t throw in as many of these constant perils as some of the more ridiculous movies.

The ending is a lot less cliché than we’re used to as well. I won’t say whether the alien is defeated or killed, but will say that we aren’t given the cliché in 99.999% of action movies of an egg or spawn or raising from the grave at the end.

The movie does drag sometimes, because of the Landau “keep making useless perils” character. It probably would have been better if Brand and Meeker, as local normal people, couold’ve done more to be heroes at the end.