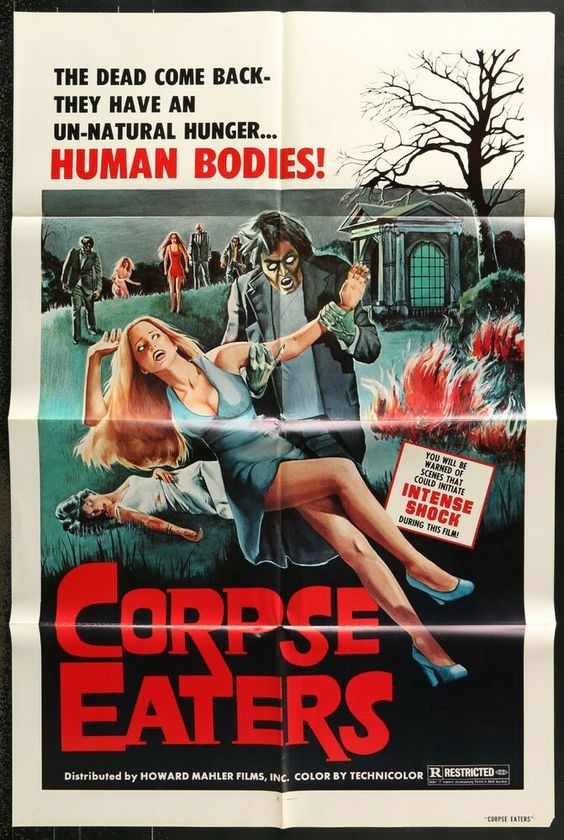 Lawrence Zazelenchuk was an owner of drive-in on Route 69,just outside of Sudbury.With the budget of $36 000 he made “Corpse Eaters”-the first Canadian gore film about zombies emerging from a ghastly crypt filled with coffins and bones.He wanted to have a horror film of his own to play in his cinema.”Corpse Eaters” is loaded with grisly over-the-top gore and violence.The graveyard and crypt are downright creepy and the zombies look very Fulciesque.The plot is cheesy and it often jumps all over the place beginning with the morgue attendants,then to our sex crazed and beer starved quartet,who unleash the living dead to the hospital and back to the morgue again.If you like zombie movies or Herschell Gordon Lewis gorefests give “Corpse Eaters” a chance.