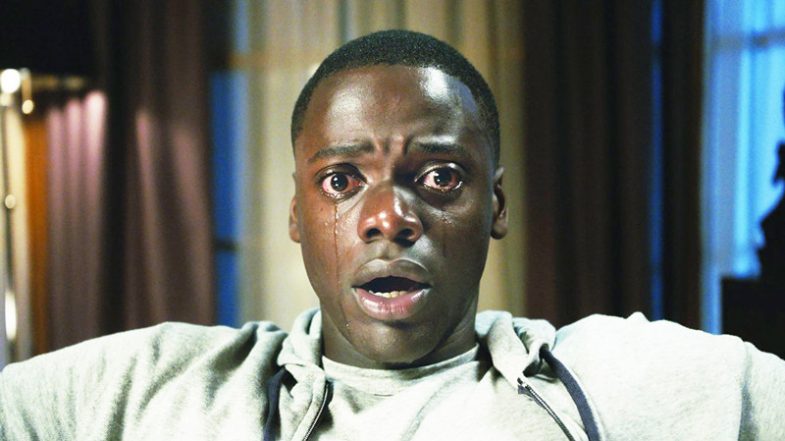 Early on with my love affair with the movies, I began to understand that the movie you were watching while being projected on a large white or silvered screen really screened primarily in your mind. If the last stop of any movie was on the screen, everyone would have a common opinion of what they were watching. That would be dull and be counter to the idea of building a community with movie-going. It is that diversity of outlook around a common story that I find fascinating. The Japanese director, Akira Kurosawa based a whole movie around differing perceptions of a certain event. The movie was Rashomon and today is acknowledged as a classic of cinema.

We have a perception in this business that movies all emanate from Hollywood. It is a myth and for this industry, it has become an increasingly dangerous myth. Hollywood is not a source of the movies, the source of the movies are men and women who have a deep and abiding passion for storytelling. Hollywood has ceased to exist. Its traditions, its business practices, and its methodology are aflame and the Nero’s of Wall Street are fiddling away madly by leveraging the confusion to their advantage. Hollywood has placed an all-in bet and it’s not paying off.

This week Bob Iger abruptly left his position as President of Disney and was shifted into a benign role as executive chairman. Many testimonials poured out, but behind the laurels and palms strewn at Iger’s feet was a simple fact. Disney Plus in all its splendor and its launch with such tympanic bravado was stumbling. Its subscriber numbers had been heartily inflated by a promotion with Verizon Data. Now Verizon has 151 million subscribers, a good percentage of those have services which entitle subscribers to receive a year’s service of Disney Plus free of charge. Now drill down with that in mind, then you can see there is a core problem. Disney has skewed its service to families and those identifying with the age-old Disney image. In the presentation of content, Disney made the unwise choice of remaining Disney. The Mandolorian raised its head and created excitement, but after you consumed those episodes, nothing. The board of Disney seems to know something that is not common knowledge and they seem to be setting things in motion to start fixing the problem. This, of course, is only conjectured by me but one would think with the level of perception regarding Iger’s role, his departure would have been a tad more celebratory.

There is a problem with streaming; all streaming with the issue at its core is that without theatrical, movies have little or no “wanna see”, they become flat commodities. It is a sad and frankly awkward fact that the boyars of the modern media have forgotten this.

There is a quote that I think drives at the heart of the matter of the current state of the perceptions behind this industry. The quote comes from Edward Bernays, the acknowledged Father of Public Relations and nephew of Sigmund Freud.

“The conscious and intelligent manipulation of the organized habits and opinions of the masses is an important element in democratic society. Those who manipulate this unseen mechanism of society constitute an invisible government which is the true ruling power of our country. We are governed, our minds are molded, our tastes formed, and our ideas suggested, largely by men we have never heard of…. It is they who pull the wires that control the public mind. “ Edward Bernays

Bernays believed in controlling the American populations with emotions. He promoted smoking in women by labeling cigarettes as “Freedom Torches”. Bernays’s biggest innovation was using fear to sell products. For Dixie cups, Bernays launched a campaign to scare people into thinking that only disposable cups were sanitary. As part of this campaign, he founded the Committee for the Study and Promotion of the Sanitary Dispensing of Food and Drink. He unleashed a torrent of manipulation on the American public, using tools and rationales first defined by his esteemed Uncle Sigmund. Josef Goebbels, Nazi Minister for propaganda was a great admirer of Bernays, even though he was of Jewish heritage. Goebbels quickly took the tools of this American PR man and began crafting a cult around the persona of Adolf Hitler.

Fast forward to today. Our society is in a panic over the rise of the Coronavirus. Movie theaters are being closed globally in the hope of stemming from this pandemic. One does have to sit back and decided from all the information presented what is fact and what is manipulation. The manner of information being presented reminds me of the movie PR campaigns of William Castle. Here is a classic Castle advertising line regarding the movie Macabre, “So terrifying we insure you for $1,000 against death by fright!” Castle, learned quickly that the public as a whole was in fact addicted to fear and fear had the potential of attracting huge amounts of attention. Fox and CNN have also learned that lesson.

I would put forward that the perception that Hollywood is a necessity for sustaining movie-going is a myth, a deep myth. I would actually state that today Hollywood is contrary to the idea of movie-going. Theater owners have been fed myth after myth to the point where the studios have used fear to manipulate and control. Think of how the media giants, conservative and liberal used the strategies laid down by Edward Bernays to their deep advantage. Fear equals viewership, viewership equals advertising dollars.

Supreme Court Justice Felix Frankfurter warned President Franklin Roosevelt against allowing Bernays to play a leadership role in World War II, describing him and his colleagues as “professional poisoners of the public mind, exploiters of foolishness, fanaticism, and self-interest.” I would make the statement made by wise Judge Frankfurter could easily be applied to the media conglomerates

Controlling perceptions is key in today’s economy. The studio (or the shell of the studio) tells you that the movie theater is important to them. It’s not true. They will tell you the movie theaters is important in the entertainment ecosystem (it’s true but they don’t believe it), then they push forward with day and date, demanding unreasonable film rentals and then they look you in the eye and tell you, “you cannot do this without us…so play ball”. The problem is you can do this without them….and they know it. They need to control you because they desperately need theatrical. In the very near future, they are going to need theatrical more than ever.