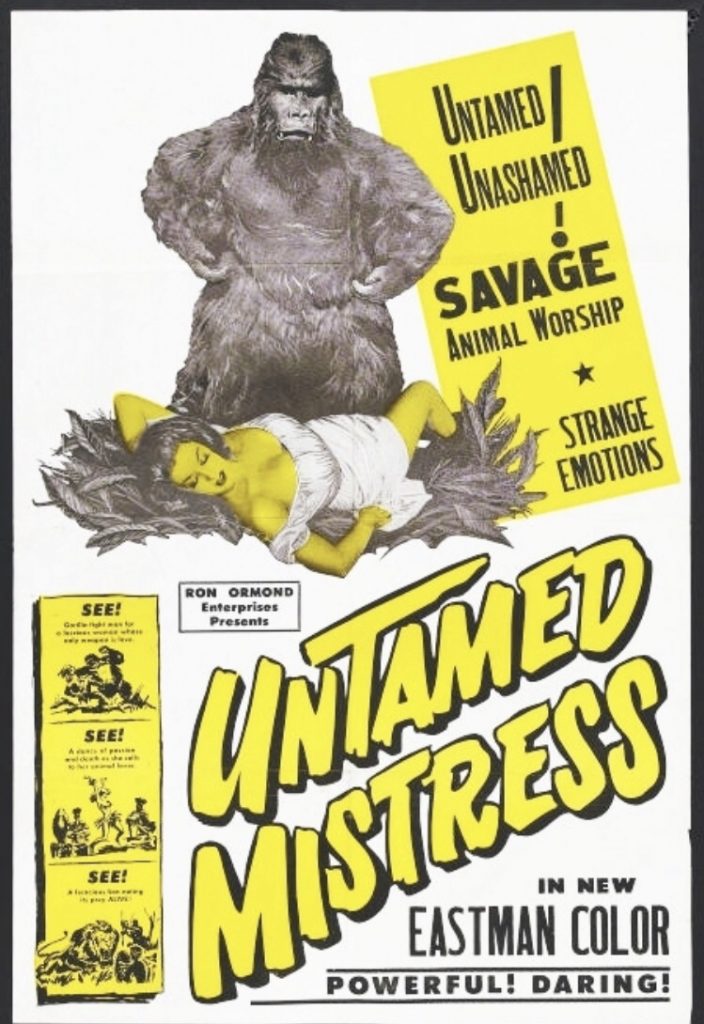 What looks like it will be a routine jungle/ape picture turns into a nudie-cutie (with African-American nudies only). Unbelievable that in the early ’50s it was still acceptable to present black/African women topless but not white women. Attitudes have changed a lot since then, now the lead actress would have to get at least half-naked. The National Geographic-style travelogue footage rubs uneasily against the schlock-film jungle antics of the cast, complete with fake gorilla suits. Ed Wood must have been proud. The acting is embarrassing, the leads are stiff and wooden, and the supporting cast are cartoonish. Historically and culturally inaccurate and ineptly staged, this is a trash-o-rama classic. Gets a 2 star rating from me for the pure entertainment value of bad acting, incomprehensible plotting, fake gorillas and naked titties.