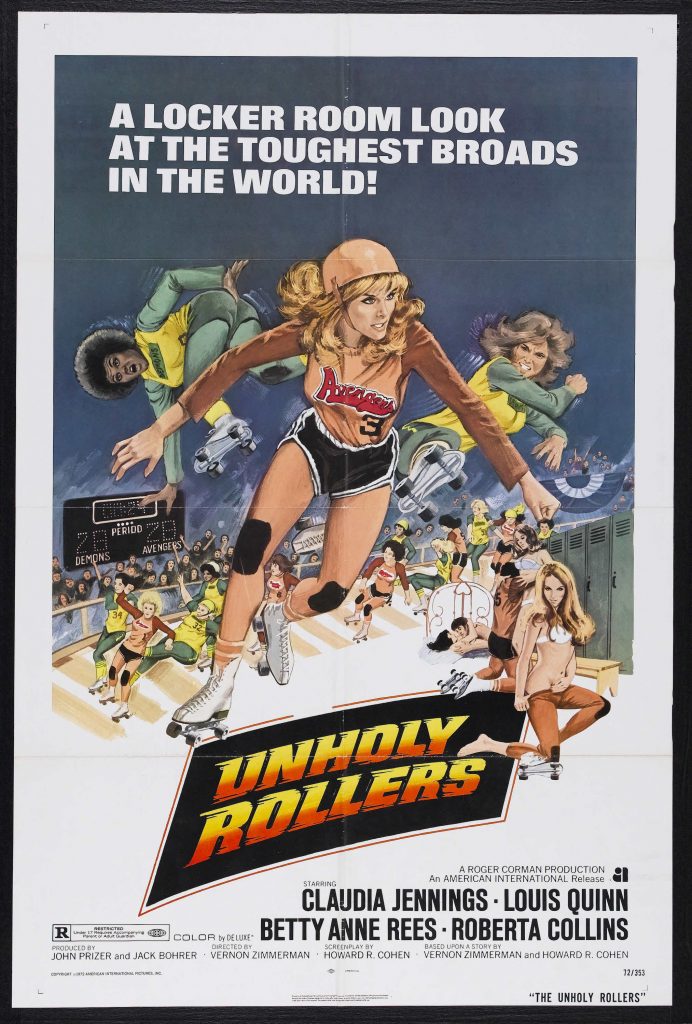 “A locker room look at the toughest broads in the world!” That’s the poster tag line for “The Unholy Rollers” and it pretty much sums up what the makers of this film were aiming for, a leering behind-the-scenes action/comedy about roller derby. Claudia Jennings (“Death Sport” “Gator Bait”) gets fed up with her job at a cannery after brazen 1970s sexual harassment and decides to join the roller derby. This results in comedy, romance, and ladies in various states of undresss, as you might expect from a Roger Corman produced film of this era. Corman’s New World Pictures were having great success with their cycle of women-in-prison films and their nurse and co-ed films, so why not branch out into sports comedy films? And believe it or not, this wasn’t the first roller derby film of the time. “Derby” came out the year before and Raquel Well appeared in “Kansas City Bomber” the same year. Roller derby even found it’s way into the plot of of Disney’s “The Shaggy D.A.” so derby was HOT during this time. As for this film, it’s a typical Corman raunchy sex comedy and the quality is about what you’d expect, which is it’s not terrible, but nothing all that great either. Still, I will say I was entertained and I did enjoy seeing an oddly young Victor Argo as the team trainer. FUN FACT! Martin Scorsese was a supervising editor on this film, the year before “Mean Streets” was released.