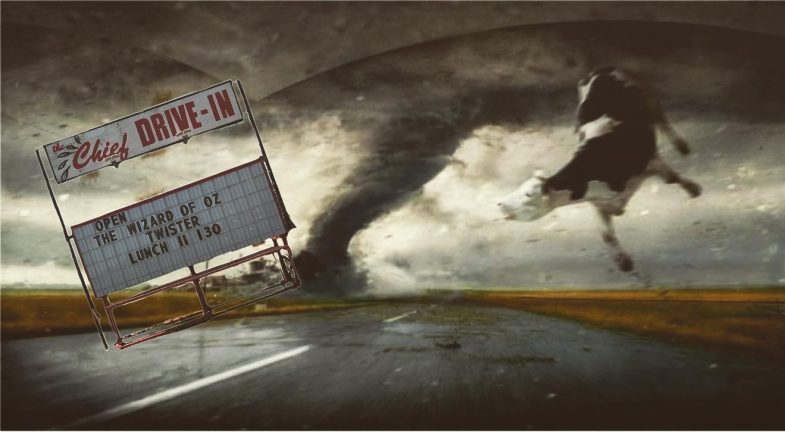 Things are shifting and shifting rapidly. Titles are being pulled from the Christmas offering. Movies like “A Quiet Place 2” and the sequel to “Top Gun” are now going to be released well into 2021. The studios are in a deep state of confusion and the theaters are in an understandable state of panic. I have been looking at grosses of various theaters and I am consistently seeing drive-ins massively outperforming any open hard top theaters. The numbers that are being shown are just sad.

Buck Kolkmeyer forwarded me a web posting, a reflection on their closing, by the Reel Deal Theater in Los Alamos New Mexico. It was gut wrenching to read, an honest expression of the hopelessness felt by an independent theater owner and an overwhelming feeling of sadness. One could not be overcome by a sense of desperation while reading this post. I know this scene is being played out all across this country.

This post is so impactful I am including the link. https://reeldealtheater.com/

I truly love moviegoing. Since I was a child watching “Snow White and The Seven Dwarfs” I have been in love with the movies. I have seen the movies rise to take their rightful place as the paragon of entertainment. I was lucky to be in the Uptown Theater when I saw an Imperial Destroyer overtake Princess Leia’s ship. I sat in the Grand Theater laughing hysterically while watching “ Something About Mary” and getting the greatest cinematic scare in my life while watching “When A Stranger Calls” at the same theater. My first sojourn to a drive-in was to see “What’s Up Doc” and on my 18th birthday I jumped into my father’s Buick County Estate Wagon to watch a “Galaxina” and “Pom Pom Girls” double bill. Heaven.

I had the pleasure to witness a movie organist, Charles Kaufman, play alongside a series of Sergei Eisenstein’s greatest creations. I have sat in a projection room when two carbon arcs collided creating a flash of light, blue smoke, and a distinctive smell that for the longest time was the hallmark of any booth visit.

Rather quickly streaming services are abandoning the movies in favor of binge watchable series. I type the words “John Wayne” in the search feature on Netflix and only one movie appears, Rio Bravo. The top ten on Netflix may only have 3 feature length movies and most of those are either Adam Sandler movies or star David Spade. Movie going has been in a decline. The greed of the studios and the ones that hold their leash have done considerable damage. They bleed the theaters dry, they mess around with the release window, they release movies that ignore considerable segments of the audience, and they care nothing for the people who sit in the box office, or for that fact the people that sit in their offices working with bookers and theater owners.

When I had first heard about the arrival of digital projection, I said, “Great, now we can widen the variety of movies that could be shown.” This was going to be a moment when regional film making could be celebrated and screened. Then some person thought of the virtual print fee. Sure, we will help you pay off your projector by letting you get a piece of the costs savings from print creation. Okay but if you take this money you basically are entering into a period of time when everything that played on your projector had to pay an entry fee. Well there goes independent distribution. So basically a time of feudal servitude was imposed by the studios. While other countries used this opportunity to enhance their local movie economy, the American theater was given no choice.

A sense of desperation by the theater owner is understandable when you throw a pandemic into the mix. It is like being run over by a herd of rampaging arrogant greedy wildebeests only to look over your shoulder and see a tsunami land on shore. What has been thrusted on theaters and theater owners has almost a Biblical sense to it.

There is a cruel reality to what is going on right now, even if a movie like Tenet was released, the audience is so squeamish about returning to any form of enclosed activity it is going to be awhile before the audience as a collective whole is going to feel comfortable coming back to the movie theater.

Not many people are going to endure the mandated mask use and be willing to sit through a two hour movie. I have been told by people at the civic level in Philadelphia that they do not see things getting back to any semblance of stability until February 2021.

The movies and movie going are in deep danger of being obliterated. Unless we are willing to see the rapid evaporation of a 120 year old storytelling tradition, the government must step up and take measures to Save Cinema. My initial focus would be to ensure the fiscal stability of the thousands of small town cinemas. I suggest a widening of the Main Street Program in order to do this.

It is imperative though that the industry as a whole, if it does emerge from this time of pandemic, not enter into the same reliance or behavior that made it so vulnerable. A sense of collective belonging should be the rule of the day, the lack of cohesive bodies representing the independent cinema has become a true danger. It will be a time to widen the product you screen and to reject any studio that plays with day and date. It will also be imperative to invest in the production of movies in order to ensure that a proper window of release is respected. It will be a time to re-open the idea of limited releases and much smaller pictures. A commitment must be made in this re-emergence of movies and movie going not to make the same mistakes and never ever again rely on the studios.

I believe in movie going, I believe that what is reflected off of that screen and into our minds and into our hearts is so very important. I believe in all those out there who are buoyed by an audience’s laughter and shrieks. We do not need stadium seating, fluffy chairs, or over priced chicken fingers. We need stories and we showmen…..and we need the movies.

I believe in moviegoing and I believe deeply in independent theater owners. What you are doing is truly heroic