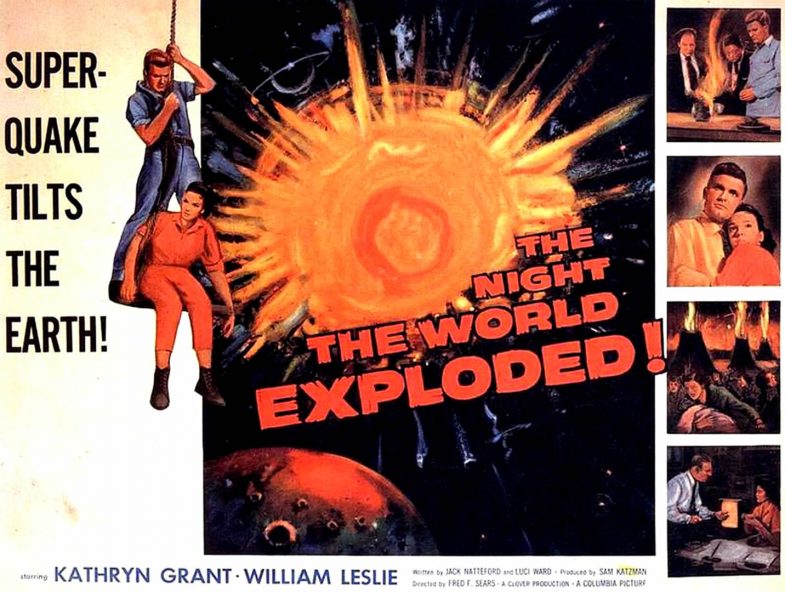 You might think that the explosion of the whole World, no less, could muster some thrills and chills as Scientists race to uncover the cause and apply their Egghead methods to stifle the upcoming Apocalypse.

Not so much in the hands of these cheap Hollywood Hacks that in the Fifties exploited Science in their Fiction and made some Really Cool Posters but some very Uncool Movies. This isn’t the worst of its kind and does manage to be involving enough. Just the thought of what’s at stake could put the nerves on edge.

But here just climbing down a rope is enough to make a Female Scientist freeze with fear. The cardboard sets have some visual charm and the stock disaster footage is mixed in nicely with some looking very ominous.

But the Plot of the New Element and Diluvial problem solving is rather lackluster and hokey, as is the Romantic necessities. The final shot of the Lovers on an elevated Stage with a Kiss that makes Her quake is an exclamation point on the stodgy and stagy nature of what went before