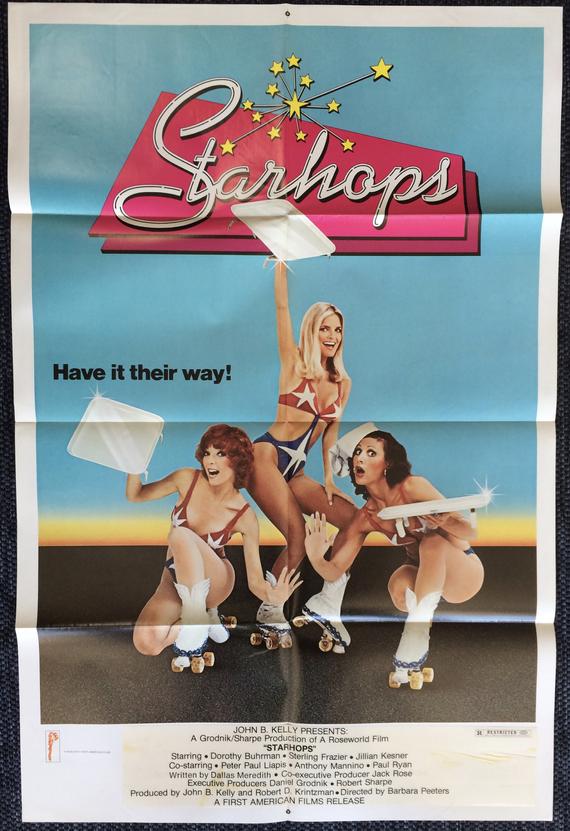 This film begins with a beleaguered cook by the name of “Jerry” (Dick Miller) finally deciding that he cannot handle the pressure of owning and operating an old-fashioned burger joint and simply quits. But as he is leaving two waitresses there named “Angel” (Jillian Kesner) and “Cupcake” (Sterling Frazier) convince him to give them the opportunity to own the fast-food restaurant instead. Although he doesn’t think that they can be very successful-especially in light of all the bills that still need to be paid-he reluctantly agrees and walks away. Immediately afterward Angel and Cupcake go to the bank and through the power of their personality persuade the manager to give them a loan to help them out. But what they don’t know is that a ruthless oil tycoon named “Carter Axe” (Al Hopson) desperately wants this property and will stop at nothing to get it. Now rather than reveal any more I will just say that this was a rather standard low-budget comedy for this time period which essentially failed to rise to the point of mediocrity due in large part to the overall lack of humor and second-rate cast. Yet even so, it managed to pass the time and for that reason I have rated it accordingly. Slightly below average.