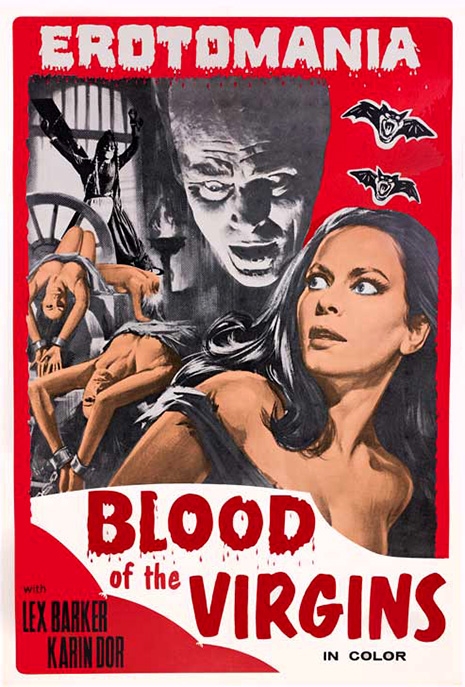 Obviously, this is not a great movie but it has its charms (several pairs of them actually). It has lots of Argentinean mujeres sin ropas, it has a male vampire who seems to be sucking his blood out of something else on his female victims besides their necks, it has a female vampire in a see-through teddy who becomes so engrossed in softcore sex sessions with her male victims that she often forgets to bite them at all, it has long, strange interludes of topless go-go dancing, it has a recurring red-tinted shots of birds flying for some reason, and it has the old familiar stranded-travelers-in a-haunted-castle plot except that the travelers are all Argentinean hippies and the whole thing is in Spanish! As you might have guessed this is from the same director as the “Curious Dr. Humpp” (aka “The Vengeance of Sex”). It features the same two top-heavy actresses, Gloria Pratt and Susan Beltram, except that they’re in color here and naked frequently enough to give their infamous countrywoman Isabela Sarli a run for the money in the sexploitation sweepstakes. It was probably not as good of film as “The Curious Dr. Humpp” originally, but it’s in better shape because unlike the earlier film it seems to be in it’s original south-of-the-border form and is not heavily padded with American-shot inserts of some truly unattractive Times Square “actresses”. Not a great movie, but if you see only one 1960’s Argentinean vampire movie this year, make it this one.