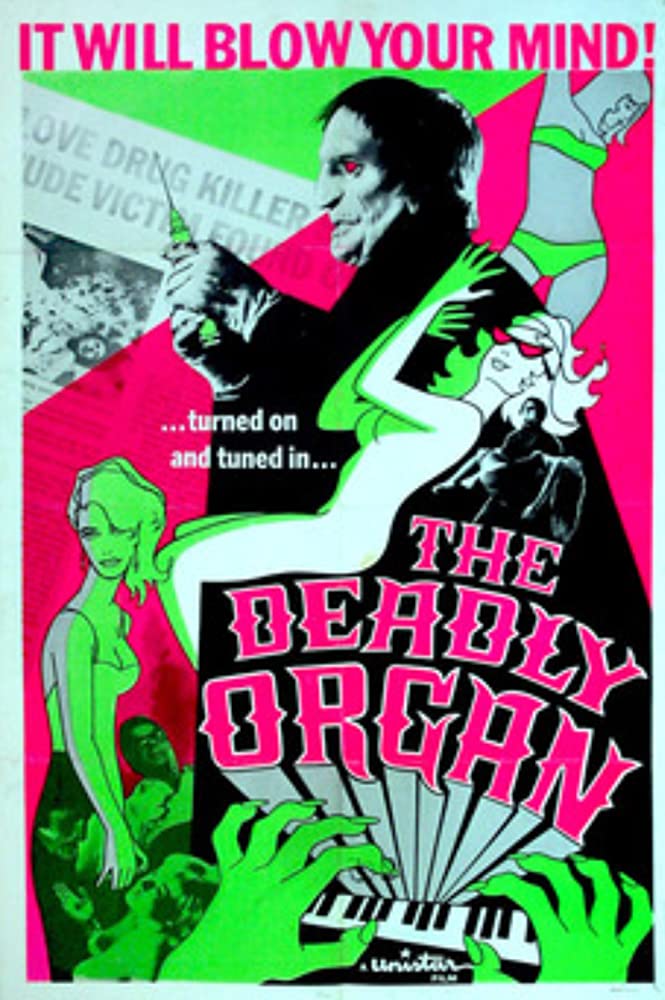 A masked killer prowls the beaches of Argentina, injecting beautiful girls with heroin, and then using weird organ music to make them his zombie slaves.

I liked it. It reminded me of early Franco as did Vieyera’s later effort, Dr. Humpp. The black & white photography is very atmospheric and moody, the girls are very sexy and the storyline is sleazy enough. Like a lot of horror films of that time, the police procedural footage is dull. I’ve often wondered if these scenes were meant to be for restroom breaks when they played theatrically. The ominous, memorable central music theme reminded me of the sensational main theme by Allesandro Allesdandrini in a film made years later.