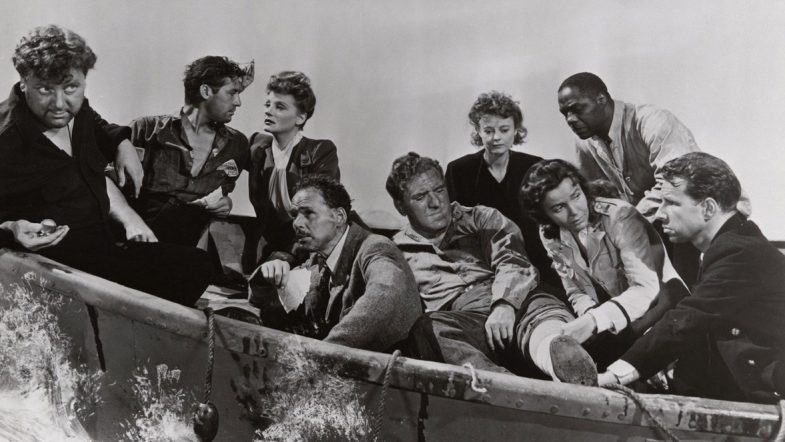 When I thought things couldn’t get worse, enter Adam Aron. This man, who always seems to ride the horse of self-interest hard and fast, decided to implode the theatrical window once and for all. At the end of April old Adam was yelling at the heaven’s in regard to the wrong Comcast Universal had done on releasing titles directly to VOD. He proclaimed that never ever again would he show Comcast Universal pictures. Cineworld /Regal followed suit.

Talk about popping a clutch.

If the studios were smart in a reaction to the market carnage that is COVID, they would enforce a standard window of theatrical exclusivity of 90 days in order to rebuild the theatrical market, then I would shout for joy. Until the advent of Adam Aron’s reversal, the largest chains have always steadfastly refused to screen movies that didn’t give releases a theatrical window for theaters before dumping the movie into a VOD abyss. Let’s face it studios, want to become cable channels, and be able to value themselves in the same manner as a cable company. They want to be valued according to who subscribes to their channel or service. The new deal covers Universal movies which include the “Fast & Furious” franchise, “Jurassic Park” franchise, and the always precocious “Despicable Me” epics.

At one time with all the arm-waving being done by AMC you would think that the relationship between the theater and the studio was over. While I am dubious of the intent of Aron, I thought his proclamations had some basis in fighting for your company’s existence. Now AMC and Comcast Universal are kissing cousins.

This is huge. It means that all the lobbying on behalf of the theaters to preserve the window is over. This deal changes things profoundly and not for the better. Other studios will force AMC to give them similar terms as Comcast Universal. Netflix is most likely applauding at the sidelines; this move has given them exactly what they want. But there are deeper and more insidious ramifications.

Any theater, including independent theaters, will not be able to properly book “off the break”, drive-ins might find themselves in peril and overall the theatrical business will be increasingly seen as a redundant and bothersome medium. At a time when the theatrical business is on life support, Adam Aron decided to further push it to the edge. The independent theater business must be more than punch drunk from all the hits it has taken

On top of all of this, AMC exacted a commitment from Universal to get a piece of the VOD revenue derived from its premium offerings. Now I ask you, and ask you seriously, are the independent theaters going to get a piece of this revenue, I would think it would be fair. If a theater is going to be subjected to these market conditions, then it logically should flow that they should share in this manna from heaven. They will not.

On this release of this information, Universal offered up this quote “The theatrical experience continues to be the cornerstone of our business,” said Donna Langley, chairman of Universal Filmed Entertainment Group. “The partnership we’ve forged with AMC is driven by our collective desire to ensure a thriving future for the film distribution ecosystem and to meet consumer demand with flexibility and optionality.”

Adam Aron, chief poobah of AMC, called this agreement “a historic, industry-changing agreement.” And in late April Adam was concerned about any studio that “unilaterally abandons current windowing practices absent good faith negotiations between us.” So negotiations were held, AMC grabbed what they could and left the balance of the industry with its nose pressed on the glass looking in. Adam Aron said this week that the first three weeks of ticket sales is when “a considerable majority of a movie’s theatrical box office revenue typically is generated.”

NATO was asked for a comment on this issue, they declined. Big surprise. As a lobbying and political body, they must decide which master to serve.

This is a time for a change, deep change. It has become quite simple and very evident. Deal with the studios and you will always be some form of an indentured servant. Adam Aron I am sure has stared insolvency in the face. Three theater circuits, some decades old, have been forced to shutter. AMC has spelled out to the industry that the only concerns that it will address are it’s own and when it comes to working collectively to solve the deep problems of this industry, they do not want a seat at the table. A schism has occurred within this business. A schism that will separate the independent theater and the large circuit. It is now evident that their interests are not the same. Maybe they never were.

While I can understand making decisions while under a state of panic, this action on the part of AMC is nothing short of shameful…and frankly I have to stand with Cineworld in stating that this deal does not make sense. That is unless there is some short term financing attached. An administrator makes decisions on the basis of a spreadsheet, a leader….a true leader does what is right…and brother this ain’t right.

My concern is now solely focused on the independent theaters and the drive-ins. They really need their own voice and a strong voice. To make a decision like this it has because more than obvious that Mr. Aron does not or should not in any way speak for this nearly 130-year-old tradition. He might be a prudent administrator, but he is now showman. A showman understands that relationships are job one this business. On the series MASH, Colonel Potter spoke an eternal truth, all a man has is his principles, and if he doesn’t have those he has nothing. This industry needs to regain its principle.