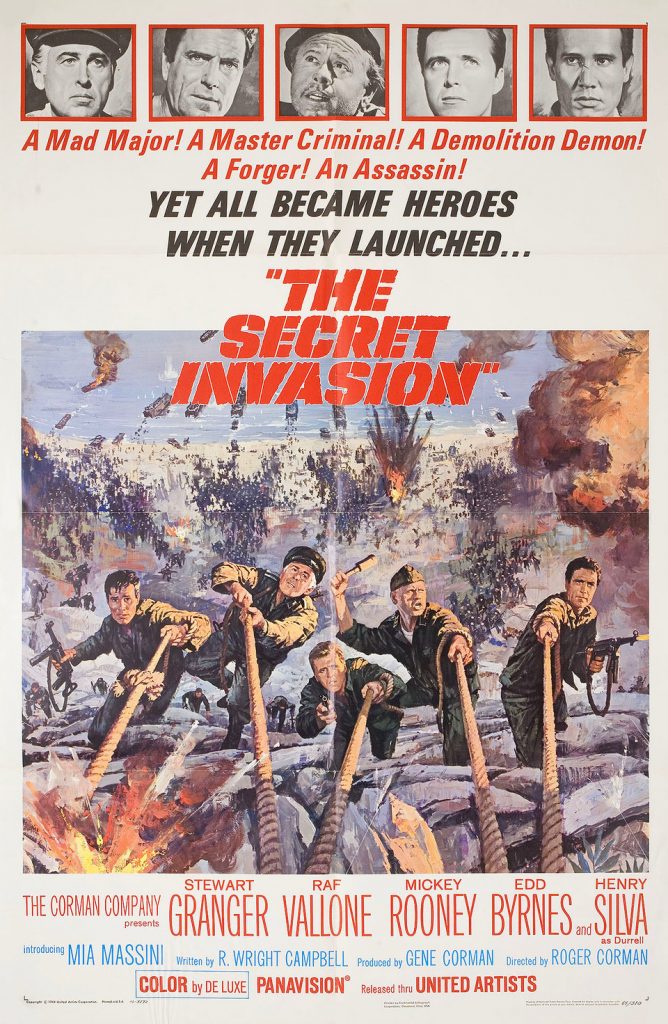 This film cut out much of the extra stuff that was in the Dirty Dozen. It also did not have a maggot character like Savalas played in the dozen. The film had a few unexpected turns and did not turn to the revolting conclusion of the Dirty Dozen. Secret Invasion had a better premise than Dozen.

In Dozen the mission was to kill as many German officers as possible at a castle which also would include their their wives and girlfriends. In Secret Invasion the mission was to rescue a popular Italian general from German captivity so that he could return to lead Italian forces. At that time many Italians wavered between German and Allied forces so a strong leader could turn the tide so Italians would join the Allied cause.

The film demands some understanding of the war to fully understand the plot. It also shows glimpses into the Yugoslavian underground which supported the U.S. There are plenty of convincing battle scenes and Corman does a fine job of directing with good acting. Great to see on cable instead of the usual more talky Second World War films.