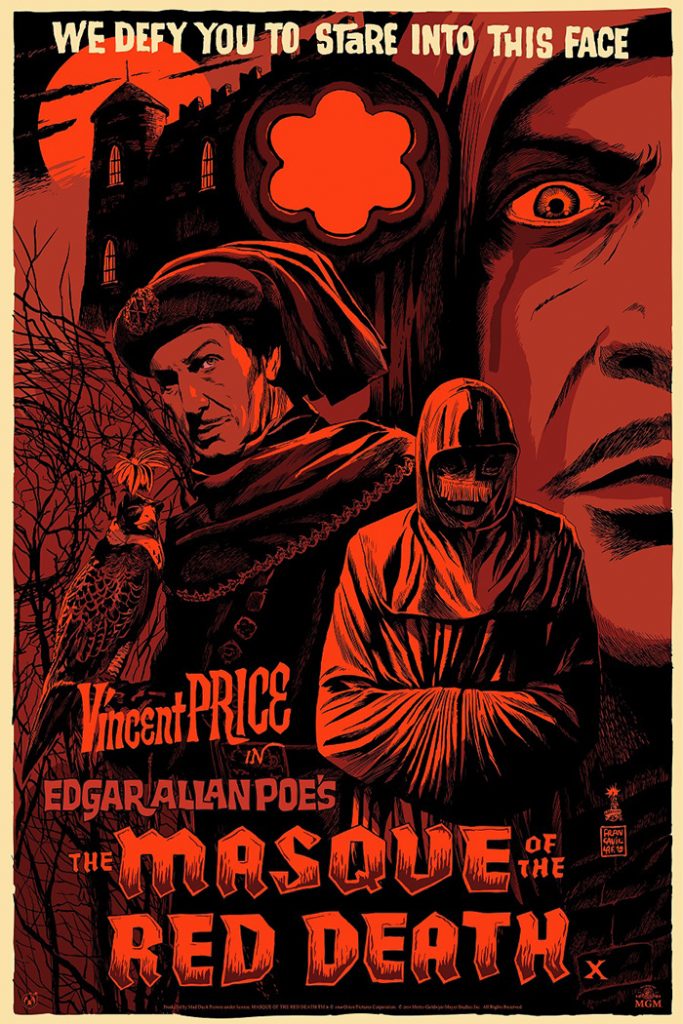 Roger Corman frequently gets a hard time from misguided movie snobs who look down on b-grade and exploitation movies. While Corman undoubtedly was involved in more than his fair share of silly schlock (usually as a producer rather than a director), he also made some wonderful movies that are criminally underrated. Some of his best movies as a director were the series of Edgar Allen Poe adaptations he made in the Sixties starring horror legend Vincent Price. ‘The Masque Of The Red Death’ is quite possibly the very best in the series. It is certainly the most unusual and imaginative. Now I’m not sure whether it was filmed in Britain or not, but Price is supported by a largely British cast which includes Jane Asher (‘The Stone Tape’), Hazel Court (Hammer’s ‘Curse Of Frankenstein’), and the legendary character actor Patrick Magee (‘Dementia 13’, ‘A Clockwork Orange’). That and the fact that the cinematographer is none other than Nic Roeg(!), later to become famous for such classics as ‘Performance’, ‘Don’t Look Now’ and ‘The Man Who Fell To Earth’, leads me to believe that it was made in England. The involvement of the aforementioned, and a strong script co-written by the talented Charles Beaumont (try and track down some of his short stories, you’ll be impressed), make this a memorable experience. But Corman’s direction should be given credit, and the single best thing about it is Vincent Price himself, who gives one of his very best performances. This movie has it all, striking visuals, an intriguing plot (with a stronger Satanic theme than generally seen in most mainstream horror movies), good acting, suspense, plenty of atmosphere, and some striking dream-like imagery many have compared to Bergman’s ‘Seventh Seal’. ‘The Masque Of The Red Death’ is one of Roger Corman’s greatest achievements and one of the very best horror movies made in the 1960s. It has lost very little of its impact over the years and is still essential viewing for any horror fan, or anybody who appreciates imaginative cinema.