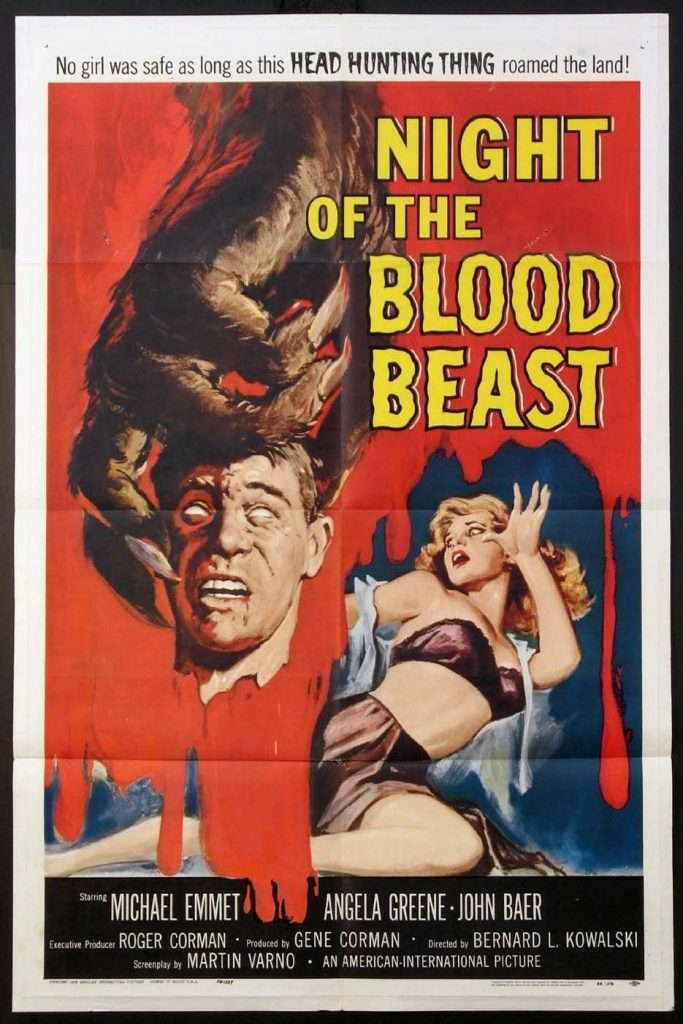 If you analyzed all of the elements and faults of this picture it would seem that there would be absolutely no reason for enjoying it but still I go back to it as late night comfort food again and again.It just has a bottom of the barrel we got no money but screw it sincerity to it that I have to admire and if you took away all the stale acting,looney dialogue and dire effects you can find a pretty good and original concept or two for a teen flick of it’s time one of it’s notions would crop up twenty some years or more for ALIEN.Pretty cool.If this movie had a script by Charles Griffith,Beverly Garland as one of the Femmes and had a much better critter than the left over Monster from Teen Age Cave Man than this would be more of a minor Corman classic like Not Of This Earth .Roger Corman executive produces for the company that his brother Gene briefly tried to maintain.Bernard Kowalski keeps it grim and moving faster than he did in Attack Of THe Giant Leeches. Give it a break. I bet the people slamming it even enjoyed it a little.