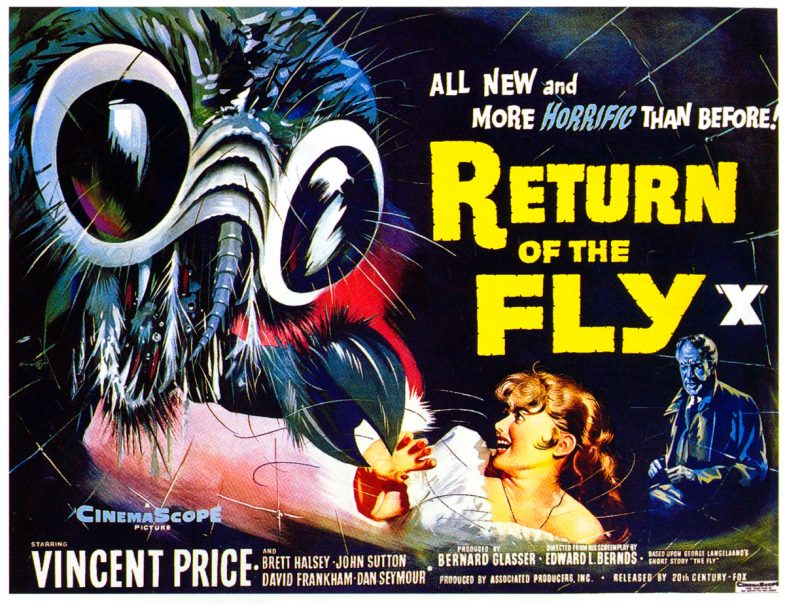 Nice black & white follow-up to the colorful 1958’s original. Philippe Delambre decides to continue his father’s work, at the disapproval of his uncle François (an ever so great Vincent Price, reprising his role from the first film, this time having a lot more screen time). Inevitably, things go wrong again, but not the way one might expect they would. Actually, the subplot about betrayal and revenge is the one that drives this film and keeps it all interesting. And if you want to know what comes out of the second tele-pod when you throw a human and a hamster together in the first, then all you have to do is watch this sequel to know the answer. Decent classic horror entertainment. And a damn decent sequel to boot.