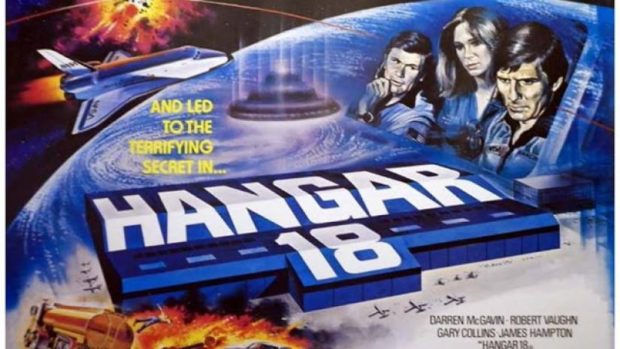 This is not a great film, but a watchable one. When a satellite launched from a space shuttle collides with a UFO, exploding and killing an astronaut, his fellow astronauts are given the blame, by a White House staffer (Robert Vaughn) trying to get his president re-elected while covering up the discovery of a flying spacecraft (not a “saucer” as it is not saucer shaped. Vaughn is silkily evil as usual, but the plot starts to unravel as the two astronauts begin to try and understand why they are being framed.

The film quality is grainy, as was not unusual in films of the seventies and early eighties, and some plot points are a bit absurd, but if you like cover up plots this one works right along with the similar “Capricorn One.” Makes you wonder what else they might be hiding.