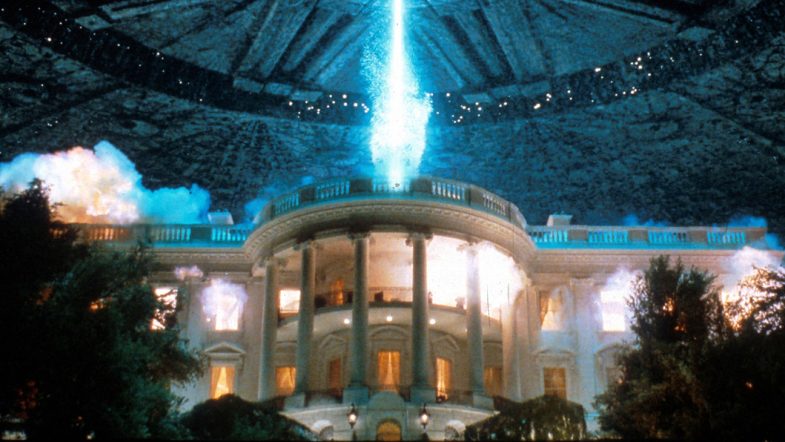 Many theaters owners have reached out to me as of late wanting just to talk. I am honored that they want to commiserate with me. I have been writing about the state of and the forces impacting the business of theatrical distribution for about three years. I do not get paid, nor do I make any money from the writing of these weekly essays. My intent was and is to provide reflection on the dynamics facing this once vital industry.

My true intent is for theaters to realize a couple of things; one their relationship with the studios really is over, and two, there is hope.

I can go on about the many delayed releases or the true intent of the studios, but I think enough has been said and it is time to start re-building.

When I was younger, I ran midnight shows at Chinese movie theaters, hung out with old IATSE projectionists, inhaled buckets of blue ozone, and learned how to thread projectors. Things changed and not for the better. Platters came in and old projectionists went away, acetate gave way to polyester based movie prints and a large release went from 600 screens to 4200. Real Estate promoters enticed the exhibition business to build more. Theaters were built out in suburban malls and the great days of the downtown theater came to an end.

Then came streaming. In streaming the studios saw their exit strategy. Enter COVID and that exit was accelerated. Simple as that.

Earlier this month I watched a documentary about Robert Evans, “The Kid Stays In The Picture”, a once brilliant producer who helmed Paramount Pictures during the “Godfather” era. At his side was motion picture journalist, Peter Bart. This week Bart made the comment that “cinema is due a re-invention”. He also stated that cinema went through a similar time in the late 60’s. I agree and I disagree. Exhibition did not have the level of overhead as it does now. The rents and overhead these days cannot be sustained.

What it did have was a dissatisfaction with the products Hollywood was producing. Movies like “Bonnie and Clyde” and the “Wild Bunch” would bring audiences back to theaters but overall there was a general malaise amongst the audience. As well there was a deep lack of engagement with the young audience. Some smart studio execs knew they were losing the 18-24 old demographic. Uber Budget movies had failed to attract the rising youth market and as well there was the relentless march of television which stole many older moviegoers. On top of that, the studios were still stumbling as a result of the Paramount Decree that deprived them of theater ownership. Something was needed and something was needed fast.

When Peter Fonda announced that he and Dennis Hopper were writing a movie about a drug-addled cross country motorcycle trip, Tanen jumped on it with a pledge to fund. The lead characters, Wyatt (Fonda) and Billy (Hopper), play hippies who have just made a huge drug deal and are headed from Los Angeles to New Orleans for Mardi Gras. Along the way they encounter fellow stoners, a hippy commune on the skids, female hippies who were anxious to skinny dip, an emotionally damaged and drunk lawyer played by Jack Nicholson. The movie was supposed to be about freedom and the open road. In the end they are killed by some not so nice ladies of the evening and of course some very bitter rednecks.

The movie was released in 1969; it cost $400,000 and made $60 million. Immediately studios started looking for youth centric projects and directors who could pull them off. Ned Tanen created an avalanche of youth centric movies. Soon realizing that their current roster of directors could not speak to a youth America, the studios started turning their eyes to the young filmmakers who were graduating out of film schools. Talents like John Milius, George Lucas, Steven Spielberg, Phil Kaufman and Martin Scorsese were harvested from the fertile ground of UCLA, USC, and New York University.

It also provided an opportunity for the hordes of aspiring filmmakers to escape the clutches of B Movie Maven Schlockmeister, Roger Corman. Directors like Jonathan Demme, Francis Ford Coppola, Joe Dante and Ron Howard cut their cinematic teeth in making movies whose natural home was the drive-in theater screen.

These young filmmakers came to represent the foundation of moviegoing , a New Hollywood that re-ignited interest in the movies and movie going. Movies like “The Godfather” “Jaws”, “American Graffiti” create a cavalcade of economic success. They told American stories and these stories were consumed hungrily by the world. They jumped started moviegoing and engaged the public. For a brief time it was glorious.

Of course, the cashflow caused the studios to be acquired, corporatism raised its ugly head and Hollywood slowly moved away from its audience. The audience started to forget about movies, because the movies forgot about them.

Fast forward to 2020, audiences are not only disinterested in movies but because of COVID they are scared of theaters. There is a simple truth and that truth is that if theaters do not take control of their own destiny they will cease to be. It is time that theaters did what Robert Lippert, Henry Plitt, and other theater owners have done. It is time to control the product that is being screened in their theaters. They must either control distribution and control the windows of the movies that play.

I took a deep look at the numbers being produced by “Tenet”, it did some business in the urban markets and almost zero business in the rural or secondary markets. There has to be a realization that there are several distinct movie markets in the USA and some of these markets are not being served at all. Hollywood and its engorged budgets demand as many screens as it can get. The system is forever broken and there is no going back.

I firmly believe that a good part of this business is going to face financial restructuring. I also believe that streaming is a deeply flawed model that is dependent on huge cash infusions with small payout. I know what it means to a community to have a theater which is sensitive to the demographics it serves. By the way, as of this writing The Historic Artcraft has sold out 4 out of its 5 shows of ”Hocus Pocus”. I know that moviegoing has a bright future, but I do believe as well that Hollywood is forever broken and must be discarded. It is time to welcome in an age of creativity, of invention, and of getting back to the fundamentals. It’s the story and it’s the audience.

It is time to become showmen once more. It is time save this tradition and this business.