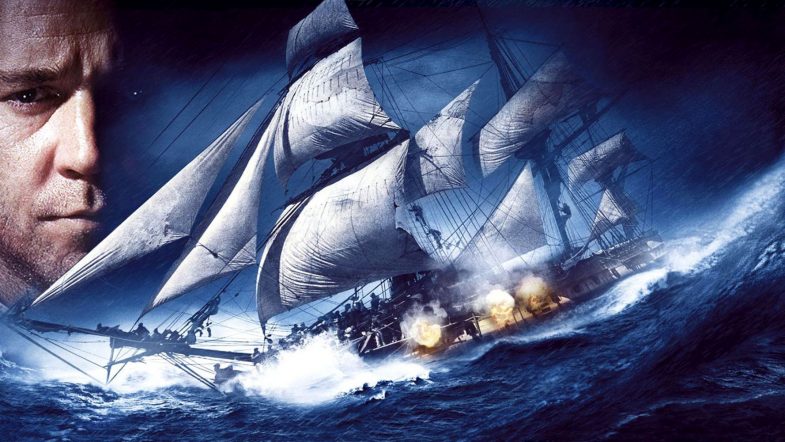 This year fall descended quickly in the Mid West. One minute it was hot and the next minute the leaves changed and there was a nip in the air. Things changed this year. In March it was looking like the summer movie season had some vitality to it. It had been tough for the theater owner, real tough. Folks though had started talking to him about some of the movies. While the big city theater all were looking forward to “Tenet”, all the theater owner heard about was the next “Ghostbusters” movie.

Then COVID descend on this small town. Four seniors died at the Methodist Home and three of the staff had to be put into quarantine. The owner of the John Deere dealership had gotten it bad and was laid up for a month at St. Agnes Hospital. It was a dark time .

On March 17th, the Governor ordered that all theatres had to close at noon. The theater owner was shocked, but dutifully locked the heavy doors behind him and placed a sign on the glass in the door. He drove home that day in a deep sense of bewilderment. He was stunned as he slowly explained what was going on. It was just not him it was all theaters, big and small. Every couple of days we would venture back to the theater, either to do some paperwork or to do some light cleaning.

He would pass the red velvet curtains that framed the door to the auditorium. There seemed to almost be a sound like the rasping for air, an emptiness that was unnatural and eerie.

The diner was closed, and rumors started circulating that Phyllis was considering calling it quits. The bars were shut down, even the VFW had to close its lounge. It was unnatural. Main Street reminded the theater owner of a scene from the movie “The Andromeda Strain.”

After three weeks and the weather warmed something had happened. The first thing is that he kept seeing Muriel Anderson gossiping with Betty Callahan on the corner. They were six feet apart and the theater owner say that they were alternating who was bringing the coffee. Each one of the ladies was cradling a thermos. Couples were walking their dogs, more than they had ever seen. Mike and Terry D’Ambrosia were riding there bikes up and down Main Street waving as they passed people who they knew and some who they did not. A certain vitality returned to the center of town.

The theater sat there. empty with a sense of loneliness. People started to take notice of this crucible of memories that had been shuttered. Memories came back and people started remembering what was.

Every week or so the theater owner would kind a crumpled envelope with a couple of hundred dollars tucked in it. He smile as he turned one envelope over and saw that someone had written in Magic Marker “ You are important to us”. The diner was allowed to open just for take out. Folks lined up to grab biscuits and gravy and clubhouse sandwiches. The theater owned started passing the word that this Friday he would make a batch of popcorn for anyone who wanted it….same price as when the theater was open.

That night as he flicked on the long dark marquee, horns started beeping. There was a line of 74 cars down Main Street. Excitedly he called his wife, she hurried down to help. That evening 238 tubs of popcorn flew out the door. The next night 310. Phyllis hurried over a couple of fried chicken dinners to the theater owner and his wife, worried that they were not eating. Local kids from the FFA chapter came over, faces covered with masks and helped out where they could. Mike and Terry D’Ambrosia led a bicycle parade and were yelling out “Popcorn, get your popcorn”. Terry D’Ambrosio almost caused an accident as a result of chatting too much with passing cars. The manager from the Regal theater from Davenport drive 30 miles to buy some popcorn.

In the midst of all the activity, the theater owner had to make an escape inside the theater and began sobbing. His sense of belonging, the sense of community, long eroded by the machinations of a brittle movie distribution industry was slowly rising again. The shroud of corporatism for a brief moment dropped from his eyes and he saw what once was and could be once again.

His wife called him back out, she was swamped, he wiped his eyes and as a wise husband he complied. Some how the popcorn sales and the donations from the community sustained him. It was often tough but the utilities got paid and there always was a couple of pounds of hamburger were in the fridge.

In mid-August the theater was allowed to re-open at 25% capacity. His booker called him with the terms of “Tenet”. He listened and then said the phrase, he thought he would never say, “tell them no thanks” the booker was shocked. He had other ideas and he began a slow march to regaining his freedom.

On Labor Day weekend, he ran “The Goonies”, he sold out all shows. He started have matinees, sold out. The following week he ran “ Harry Potter and Sorcerer’s Stone” again sold out. Ashton Tires, asked him if he could rent his marquee…maybe pay for a movie. Humboldt Furniture did the same thing. People kept coming. When the theater owner turned his eye away from Hollywood and towards the community, that community sustained him, then his perspective and his business changed.

The kids from the FFA came back and started volunteering at concessions. People started throwing out ideas for the Christmas season and the town began to excitedly make plains. For the first time, in a long time the theater owner looked forward to what lay ahead. Everyday since he took control of his own destiny he woke up increasingly excited about the day ahead. The Active Adults Center starting showing Travelogues every Tuesday and there was plans to do a Wednesday seniors matinee.

The Diner started doing more business. A coffee shop was opened in the old True Value and there were rumors of that the D’Ambrosio’s were going to open a pizza place. The success of the theater started to revitalize Main Street. The theater gave back.

This week NATO wrote a letter to Congress and suggested that this country would lose 60 to70% of all small to midsize theaters. They were joined by the Director’s Guild of America and surprisingly the MPA, in the body of the letter was this paragraph.

“The moviegoing experience is central to American life,” the letter said. “Theaters are great unifiers where our nation’s most talented storytellers showcase their cinematic accomplishments.” Along with being “an irreplaceable experience” with “critical cultural impact,” the letter adds, “theaters are economic force multipliers.” In addition to 150,000 exhibition industry jobs, they directly affect millions more across film distribution, marketing and production as well as retail environments where multiplexes are located.

While short term economic aid is warranted, long term vision for this industry must derive itself from the communities it serves. A lot of what I know about theater and community comes from one man, Rob Shilts of The Historic Artcraft Theatre. There is no stronger and no more disciplined voice for the resurgence of showmanship centered on the principles of community reflection than Rob Shilts. Come to Franklin, Indiana walk the aisles of the Artcraft, talk to Rob and take back control.

There is hope, a profound hope. A theater that focuses not on Hollywood but on community will be sustained and grown. There is 120 years of movies and magic to celebrate. The Hollywood of today has behaved terribly, but there is the Hollywood of yesterday and it still shines brightly and it is still magical. There are foreign films, concerts, esports and classical concerts. People still wants to share stories with their neighbors. We are the movies and the movies they are us.

There is hope. Build your community and they will sustain you. Remember as stated by my friends at NATO, the moviegoing experience is central to American life.