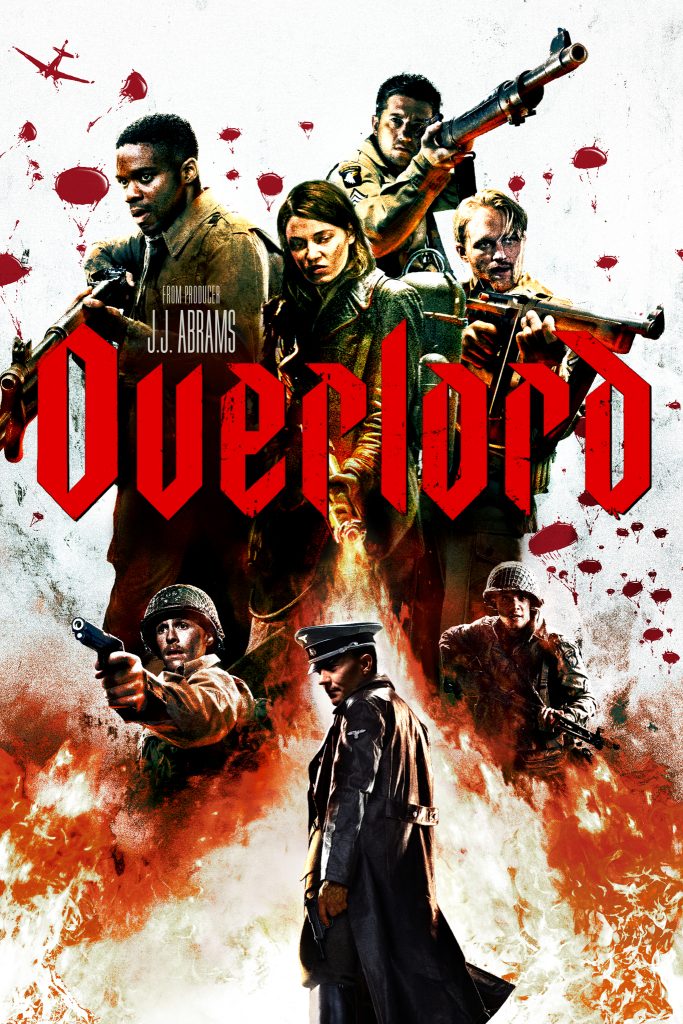 I guess this is what we do nowadays. We see a piece of work someone else has created, rework it, then call it our own all the while pretending we knew nothing about that original piece of artwork. For example: ‘The Hunger Games’ is a total rip-off of a Japanese movie called ‘Battle Royale’ but the author pretended she knew nothing about the original movie. Overlord is completely ripped off from a movie called, ‘Frankenstein’s Army’ that was far more interesting and far more scary movie. ‘FA’ didn’t have a huge budget like Overlord, but managed to be a far better movie. And the plot is nearly the same…but Overlord made additions to be a deeper film that made no sense. The ‘FA’ filmmakers didn’t waste time trying to make social statements or worry about their characters unnecessary development and backstory like Overlord attempts to do.

First off…Overlord is full of historical inaccuracies. A mixed race platoon in the Second World War simply didn’t exist. Does it matter? Yes and no. It is a stupid throw away horror movie but we should be accurate about period pieces. A simple change to the story could have had the unit be an all black unit and then It makes more sense. That was only the start of slopping writing though. This also included terrible dialogue, unrealistic fight scenes, and even unrealistic non-fighting scenes. There are several scenes where characters are yelling at each other while hiding in woods crawling with Nazis and an attic in a house where nazis are wandering the streets. But… no one ever seems to hear a thing. It is laughably bad.

The direction is fine…the cinematography is fine…the costume design is fine. But that isn’t enough. At least have the movie make sense. It is woefully predictable and when it isn’t you have characters doing things they never would do. The Germans seem bumbling…not creating a scary foe. While the Americans, upon seeing monsters, seem barely scared at all.

I can forgive the historical inaccuracies like we all must do in Tarantino films. But what we really want to see is the monsters…and they are boring. The creations in ‘FA’ are terrifying bits of man, animal, and machine where you cannot tell where one ends and the others begin. I expected to see a low budget B movie and found a truly unique terrifying film. This Overlord rip-off relies on basic make-up and computer effects to come up very short.

One cliche after another…you know who will live and who will die. You know what characters will say before they say it…and it is always awful dialogue. If any review is more than a 4 on here…ignore it.

And to really stomp on the historical accuracy of the film we end with a rock and roll song followed by a hip hop song. It is 1944 people…come on. You are not even trying to make a good film.