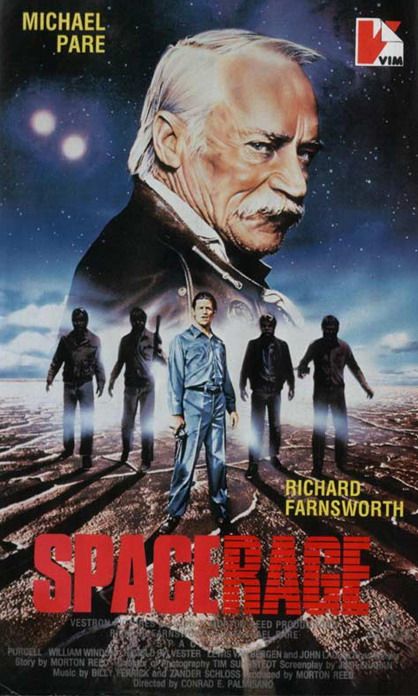 A super bad dude named Grange (Michael Pare) is sent to an off Earth penal colony called Botany Bay after he commits murder and armed robbery. There we meet the warden Gov. Tovah (William Windom) who looks like Boss Hogg when first introduced. Grange just wants to escape and cause mayhem. Problem for him is there is an old retired LA cop (Richard Farnsworth) who he must face in his attempt to escape.

Sort of good premise is ruined by low production values and if you think about what you are watching at all sense is thrown out the window if you are to enjoy it. One question I had was could they not afford another song as the song ‘Blood Money’ is played 3 times over the film. And for a penal colony where you send the worst of the worst there certainly are a lot of escapes happening. Seems like one a day. Guess that happens when there are no fences.

The car chase near the end is certainly influenced by the much better MAD MAX movies, but it is somewhat enjoyable.