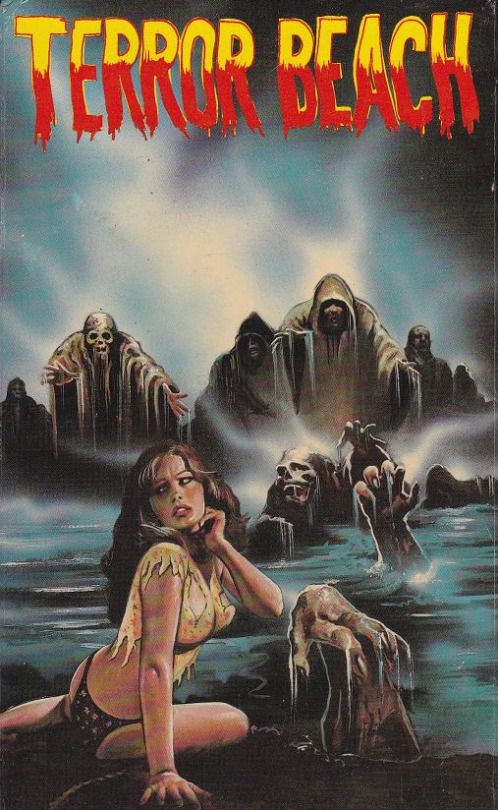 Fitzgerald is the only survivor of a shipwreck and he finds himself washed up on an luscious Pacific island, which is inhabited by a close-minded doctor, his unsatisfied wife and edgy assistant. That night they found Fitzgerald, the doctor’s experimental subject; a panther got loose and killed some natives. But they manage to get hold of it again. Not too long Fitzgerald learns what the doctor is trying to do, but he questions the ethical nature of his experiments. When Fitzgerald comes face to face with Dr. Girard’s test subject it’s something his eyes can’t believe.

Like other users have already mentioned, this cheap b-grade flick is influenced by H.G. Wells novel “The Island of Doctor Moreau.” You might call it a poor man’s version of the story. But to my surprise this feature was incredibly well-made and mildly effective, it’s just too bad that the print of the film is all scratched up and jumpy in parts. The low-budget production is well set-up with fine execution in the direction, thunderously high-strung score and solid camera-work in achieving a very heavy mood in the jarringly, grim atmosphere. The isolated island (which was filmed in the Philippines) and the doctor’s house (especially his laboratory) have a dauntingly, unsteady feel. Slow-building terror is squeezed tight by a snail-like opening hour involving many stoppages and meandering about. The third-act though, is where things really get going with some nice doses of suspense and plenty of interesting moments occurring with the mystery of the doctor’s work coming out of the dark. These sparks are few and far between, but the sub-due plot is strong enough to carry the film, even though it does have its wishy-washy details and understated ending. The routine script is filled with a lot of mumbo jumbo, maybe a little too much of it and a bit forced. Thrown in are ponderous theories about evolution and morality about interfering with nature’s course and so on. Also the dramatic interplay between the characters have a variety of frictions that plays on their slowly decaying mentality. Though, the token romance link between Fitzgerald and Frances Girard was unconvincing and it felt overly padded for me. The performances were exceptional enough, with some buoyant acting at times. Francis Lederer, as Dr. Girard, Richard Derr as Fitzgerald and Oscar Keesee Jr. as Perrera were terrific in their roles. The beautiful Greta Thyssen as Frances Girard; I was 50/50 on, sometimes she was rather leaden, but still she has an awe that’s hard dismiss. The make-up effects for our feline (and there’s only one) was way above-average, even though it was kept in bandages and looking more like a mummy. But when we see glimpses of its face it was rather well-done up, though I found the creature’s growling unintentionally amusing.