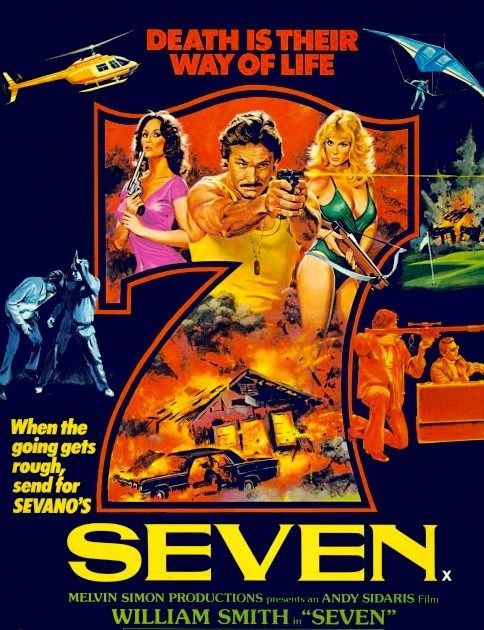 This was Andy Sidaris’ second film, and it follows the formula for all the ones that followed: spectacular scenery, even more spectacular women in various and frequent stages of nudity, good action scenes, goofy humor. The plot is about seven mobsters who get together and decide to take over Hawaii, and the government agent assigned to stop them. It’s good to see big William Smith playing a good guy, and he seems to be enjoying himself (there’s one scene, apparently unscripted but which Sidaris left in, where Smith is sitting, clothed, in a shower room and a gorgeous naked woman appears out of nowhere, sits down next to him and stares at him; Smith obviously wasn’t expecting it and bursts out laughing, then looks offstage and shakes his head, as if to say, “Okay, you got me”). The cast is stocked with veteran character actors–Nick Georgiade, Art Metrano, Reggie Nalder–and everyone seems to be having a good time. So will you. It’s a fun movie to watch. Pick it up if you can.